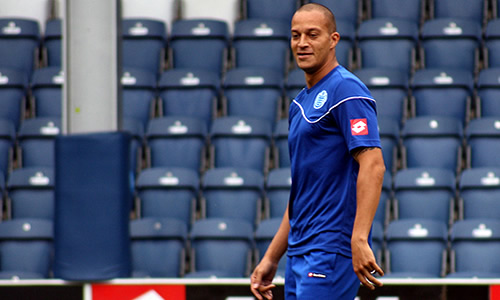 The 32-year-old moved to the Hoops on a free transfer from Fulham in January 2012, ending a mixed four-year spell at Craven Cottage.

Zamora’s Cottagers record stood at 37 goals in 133 appearances – an underwhelming tally – but he did score a number of important European goals en route to their Europa League final loss in 2010.

None more so than his strike against Juventus, which sparked a Fulham comeback in their last-16 second-leg tie, with the west London side winning 4-1 on the night (5-4 on aggregate) before losing to Atletico Madrid in Hamburg.

And Redknapp says Zamora deserves a warm welcome at Fulham’s home ground on Monday despite the forward making the ill-advised switch across west London.

“I don’t know why you should get stick when you go back to the club where you’ve done so well,” said Redknapp.

“I don’t know the words for it really. Why do you abuse someone when they gave you good service?

“I went to watch them play Juventus [and it was] probably one of the best nights of football I’ve been to.

“They were 1-0 down – 4-1 down on aggregate – and I was at the game with Joe Jordan. What a night of football. Bobby ripped Juve to pieces.

“Years ago people used to go back to old clubs and get a standing ovation, but now, what has happened?”

Zamora has endured a difficult season at QPR, suffering a hip injury which sidelined the forward for three months until Christmas before picking up an ankle problem in late February.

Having recovered earlier than expected from the knock, the England international was hit with a bout of flu but managed to battle through a 3-2 loss to Aston Villa on the club’s last outing.

And Redknapp says there are no issues surrounding Zamora’s fitness for the west London derby, which bottom-of-the-table QPR must win to narrow the seven-point gap to safety.

“He’s fine. He had that hip problem and then he’s came back but had an ankle injury. He was supposed to be out for six weeks but came back after two weeks and went to Villa after having the flu all week.

“Thankfully the flu is gone and the ankle is heeled, and apart from a dodgy hip, he’s in good shape. He’s important to us.”