The Reds were looking to bounce back from a 2-0 loss to Atalanta in the Champions League group stage on Wednesday night.

However, the Reds looked sluggish in defence and midfield as Aaron Connolly looked to expose Nathaniel Phillips’ lack of pace in the Liverpool FC back four.

The Republic of Ireland international won a first-half penalty after Neco Williams brought down Connolly with a mistimed challenge.

However, Neal Maupay missed his spot-kick before Mohamed Salah’s first-half goal was ruled out for offside. 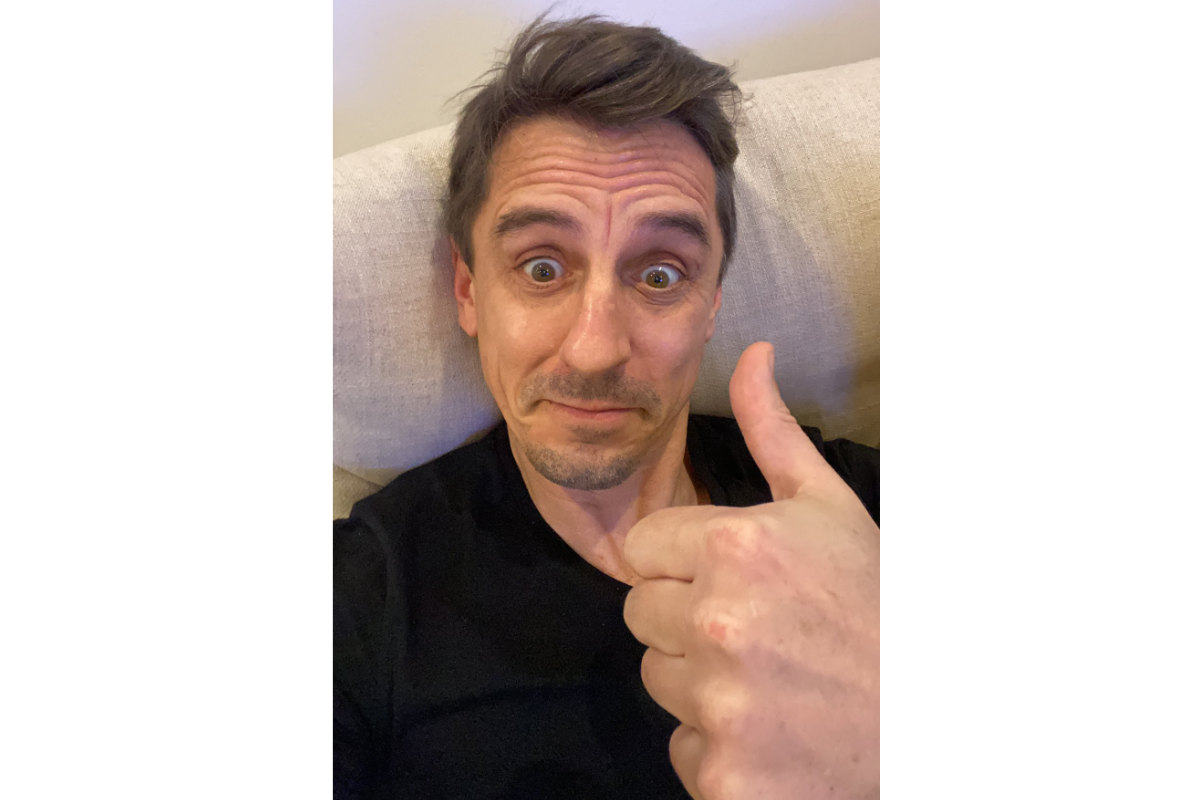 Liverpool FC took the lead against the run of play when Salah teed up Jota to score his fifth Premier League goal of his fledgling Reds career so far.

Jota’s clinical finish was his first away goal since his £40m move to Liverpool FC from Wolves in the 2020 summer transfer window.

However, Liverpool FC were denied three points when Robertson’s was adjudged to have fouled Welbeck after referee Stuart Attwell consulted TV monitor.

Gross levelled from the penalty spot to rescue a point for Brighton.

Neville posted a simple kiss emoji with the above selfie. 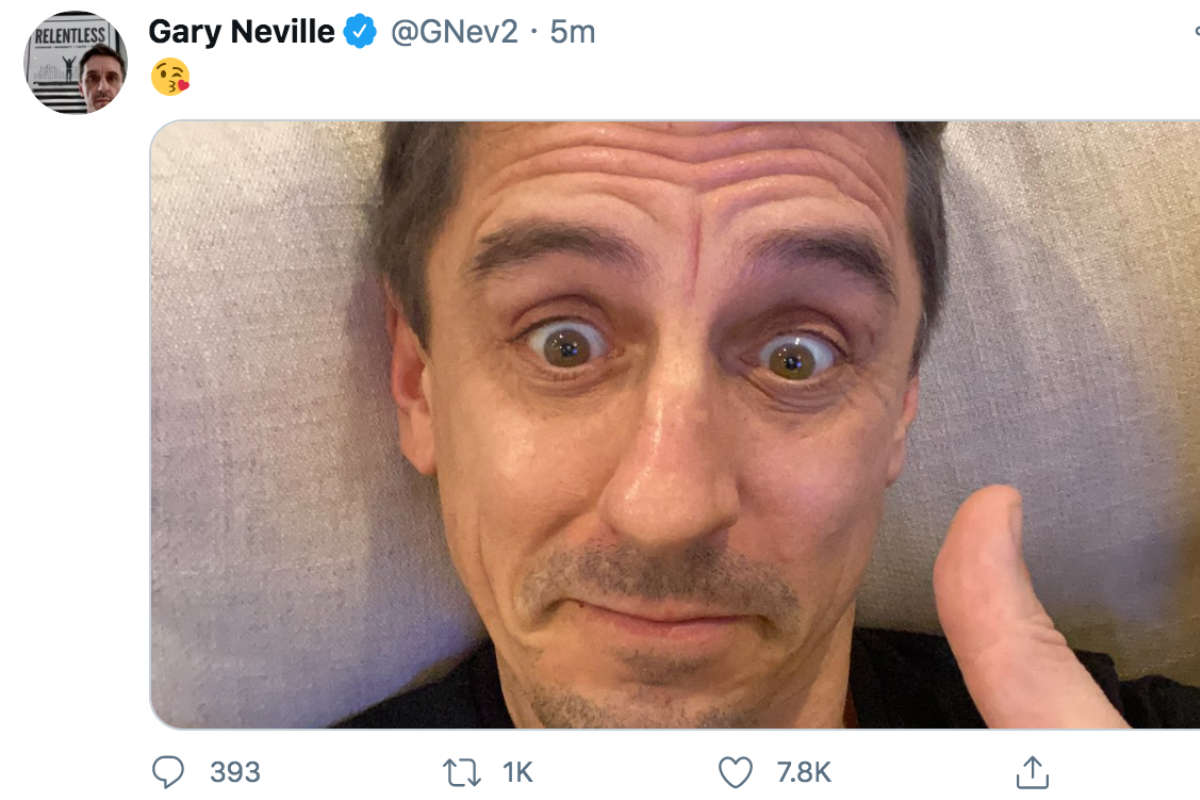 Liverpool FC host Dutch side Ajax in their next Champions League fixture at Anfield on Tuesday night in search of a third win of the group-stage campaign.

The Merseyside outfit will welcome Jota’s former club Wolves to Anfield in their next Premier League game on Sunday evening.