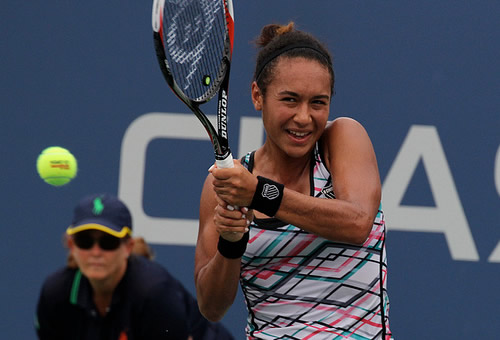 Heather Watson has regained her place in the top 50 of the women’s rankings after reaching third round of the Rogers Cup in Montreal last week.

The 22-year-old has also reached the main draw of this week’s Western and Southern Open in Cincinnati following a 6-3 6-0 victory over Israel’s Shahar Peer in qualifying.

Watson has moved up 11 places in the rankings to number 46 ahead of the US Open in New York later this month.

Meanwhile, Agnieszka Radwanska beat Venus Williams to win the women’s singles title at the Rogers Cup in Montreal on Sunday.

The Pole triumphed 6-4 6-2 in 82 minutes to clinch her 14th WTA title after Williams had beaten sister Serena to reach the final.

“I didn’t imagine that I would get to the final,” said Williams. “I fell a little short today, but it’s been a wonderful week.”