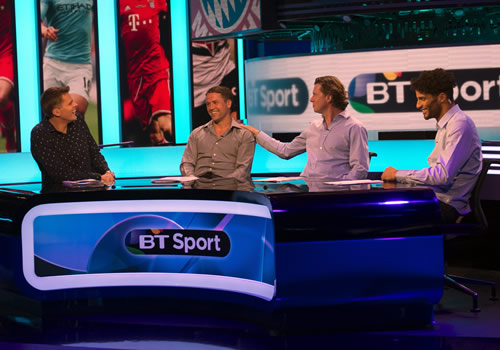 BT Sport has underlined its intention to shake up the UK television market by landing an exclusive £897m three-year deal to broadcast live Champions League and Europa League football from the 2015-16 season.

The broadcaster, which launched its channels back in August, has secured the rights to show all 350 Champions League and Europa League games per season after negotiations with Uefa.

The announcement will come as a blow to Sky and ITV, who currently share the rights for European football’s premier club competition.

It marks the first time that a single UK broadcaster has won the exclusive live rights to all matches from both tournaments.

A spokesman said that the new deal will make the games “far more accessible and affordable for fans”.

BT also announced plans to show a selection of the new matches for free, even to homes that have not signed up to its channels.

BT chief executive Gavin Patterson said: “I am thrilled that BT Sport will be the only place where fans can enjoy all the live action from the Uefa Champions League and Uefa Europa League.

“Both tournaments are world class and firm favourites with many. The live rights will give a major boost to BT Sport and give people yet another reason to take our terrific service.”

“BT Sport has got off to a strong start with customers enjoying what we have to offer.

“We have attracted millions of customers by giving sport back to the fans, and we can assure people who want to catch all the action, that European football will be far more accessible and affordable with BT.”

Mourinho: I found out Hazard was in France when I saw him on TV