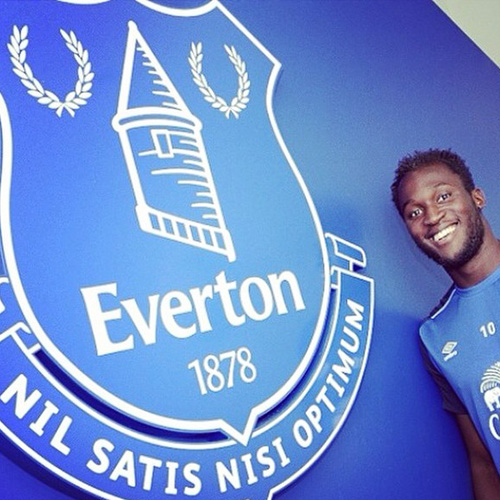 Everton have confirmed the signing of Romelu Lukaku in a £28m deal from Chelsea.

The Belgium international has penned a five-year deal with the Toffees after scoring 15 Premier League goals during a loan spell at Goodison Park last season.

Here is the best of the Twitter reaction from the professionals, past and present, to the 21-year-old’s big-money switch.

Former Chelsea defender Mario Melchiot (@MarioMelchiot) backs the switch: “#Everton have signed @RomeluLukaku9 from #CFC on a 5-year deal for a club-record fee. We’ll know if it was a great move! #Talented #mmlove”

Ex-Reading striker Jason Roberts (@JasonRoberts3) can’t wait for a Merseyside shootout: “Exciting move @RomeluLukaku9 looking forward to you showing everybody exactly what you are capable of next Season.. Gonna be some shoot out on Merseyside next season between @RomeluLukaku9 and @D_Sturridge two of my favourite young strikers in the game..”

Steven Gerrard: Luis Suarez is too good for Arsenal