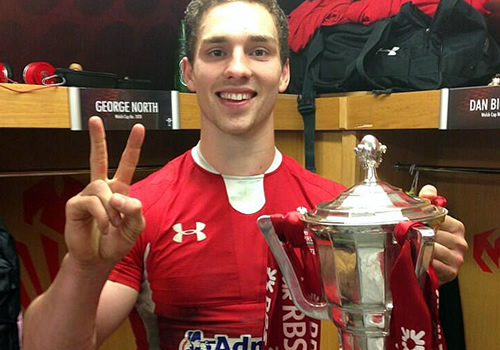 Harry Robinson is targeting a place in the Wales set-up this season despite the superb recent form of George North and Alex Cuthbert.

Robinson, 20, made a fine start to his international career, scoring a try on his debut against the Barbarians last June.

And while North and Cuthbert were away with the British & Irish Lions, Robinson also notched a try on his second appearance in the narrow win over Japan and subsequently won his third cap in the defeat to the Cherry & Blossoms.

And while the Lions’ historic victory over Australia served only to enhance the reputations of both North and Cuthbert, Robinson is determined to make his mark for the Six Nations champions.

“You have to focus on number one and just need to train hard and play well. If you do that your opportunities will come.

“I enjoyed last season more as it went on.“I felt as if I was playing better and getting more into the game towards the end of it.

“I didn’t want the season to end because I felt as if I was progressing and getting better.

“If you look at someone like Leigh Halfpenny, his work ethic is unbelievable and proof that if you put the time and dedication in you can reap the rewards.”