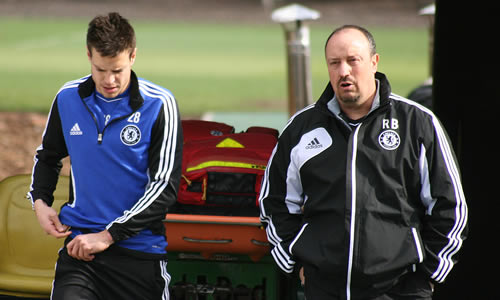 Cesar Azpilicueta has declared that Chelsea are capable of beating any team on their day and says the Blues have drawn fresh confidence from their comeback against Manchester United.

The Blues were 2-0 down after less than 15 minutes at Old Trafford but a spirited second-half display saw them fight back and earn a 2-2 draw and FA Cup quarter-final replay at Stamford Bridge.

“It was important for us because after the first half the reaction of the team was very good,” Azpilicueta told a news conference on Wednesday. “We showed that if we are at our best level we can beat any team.

“For confidence it was very important. We have this confidence for the next game and the rest of the season.”

Asked what interim boss Rafael Benítez said to his side at half-time, Azpilicueta replied: “He said that we needed to improve. We saw that we were making some mistakes that were creating problems but he did some adjustments and also [gave us] mental strength.”

Benítez is yet to win over large sections of Chelsea fans who continue to voice their discontent at the Spaniard’s appointment.

And right-back Azpilicueta, who joined Chelsea from Marseille last summer, admits that things are easier for the team when the supporters are fully behind the squad.

He said: “Our job is to keep focused and to keep working every day in the training ground. The supporters are happy when we win. Everybody wants to win, work hard and carry on because we know we have some important objectives towards the end of the season.”