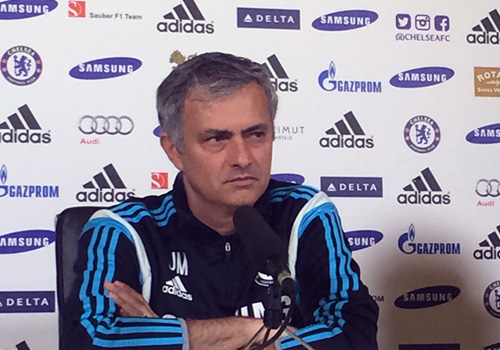 Jose Mourinho has lifted the lid on his relationship with Tottenham Hotspur manager Mauricio Pochettino ahead of the League Cup final on Sunday.

The Chelsea boss is one of the English football’s most controversial figures after having becoming embroiled in public spats with former Liverpool supremo Rafael Benitez and Arsenal boss Arsene Wenger during his Premier League career.

Mourinho is set to face Argentine Pochettino for the first time in a cup final this weekend, having previously faced the Spurs manager during their respective spells in charge of La Liga sides Real Madrid and Espanyol.

Speaking to the media ahead of the domestic season’s first cup final, Mourinho talked of his respect for Pochettino, whose side were 5-3 winners in their most recent clash on New Year’s Day.

“It is a relationship without problems,” Mourinho told a news conference at Cobham on Friday afternoon.

“I like the guy and I feel that like he likes me. We cannot say we are close friends because in football you don’t have normally time to have close relationships.

“He is a guy that I respect. I know he respects me, too. He is a good person doing his work. We don’t have problems. It is an easy job for the fourth official.”

Tottenham crashed out of the Europa League on Thursday night after a 2-0 loss to Serie A side Fiorentina in the second leg of their last-32 tie.

Spurs have history on their side ahead of Sunday’s showpiece after their 2-1 extra-time victory over Mourinho’s men in the League Cup final back in 2008.

Chelsea boss Jose Mourinho: Why England is paradise for me