The England international was a mainstay of the Chelsea FC side under Frank Lampard after the club legend took over the reins of the west London side in 2019.

Mount became one of Lampard’s trusted lieutenants in the Chelsea FC team despite the Blues spending heavily on new signings in the 2020 summer transfer window.

Thomas Tuchel took over the reins from Lampard last month after Chelsea FC struggled in the Premier League title race.

Mount’s position in the Blues team looked to be under threat following the dismissal of Lampard but the 22-year-old has underlined his continued important to the Chelsea FC team thanks to his performance at Sheffield United.

The Blues midfielder scored with a clinical finish inside the area in the 43rd minute before Antonio Rudiger netted an own goal to restore parity at Bramall Lane.

However, Jorginho restored Chelsea FC’s lead when the Brazilian scored from the penalty spot in successive games to secure back-to-back victories for Chelsea FC.

Former Blues defender Terry took to Instagram to post a tribute to Mount on his stories after Chelsea FC’s 2-1 win over Sheffield United.

Terry wrote: “Mason Mount what a player. How have the commentators not even mentioned this.” 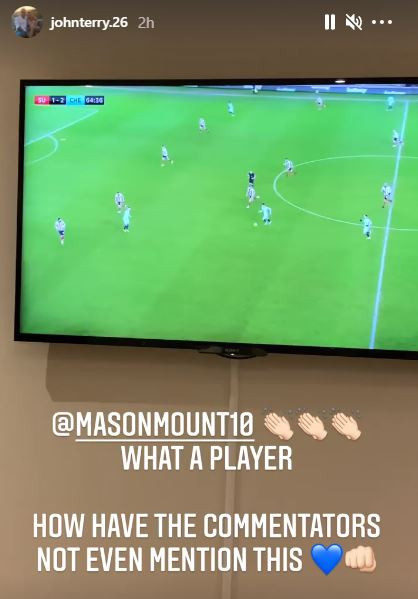 Mount has scored three times and has made three assists in 22 games in the Premier League this season.