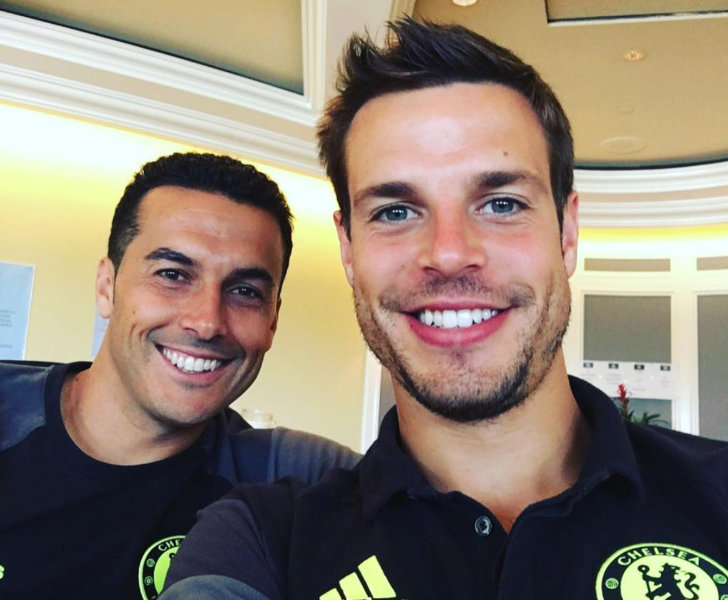 Rio Ferdinand has revealed Frank Lampard told him that Cesar Azpilicueta is responsible for setting the tone in training at Chelsea FC.

The Spain international is one of Chelsea FC’s longest-serving players following his move to the west London side from Marseille in the 2012 summer transfer window.

Azpilicueta started his Blues career at full-back before Antonio Conte transformed the 28-year-old into one of the Premier League’s best centre-halves.

While Conte has dropped Gary Cahill and David Luiz in the current campaign, the Italian coach has persisted with Azpilicueta at the heart of the Chelsea FC defence.

Azpilicueta has scored two goals and has made six assists in 35 appearances in all competitions in the current campaign.

“Frank who’s been at the training ground says that day to day, he sets the tone and the standards in terms of the way he treats training and that reflects in the games,” Ferdinand told BT Sport.

Azpilicueta has created six of Alvaro Morata’s 10 goals in the Premier League this season.

Chelsea FC played out a 1-1 draw with La Liga giants Barcelona in the first leg of their Champions League last-16 clash on Tuesday night.

The Blues broke the deadlock in the second half through Willian’s precise finish before Lionel Messi placed a finish past Thibaut Courtois.