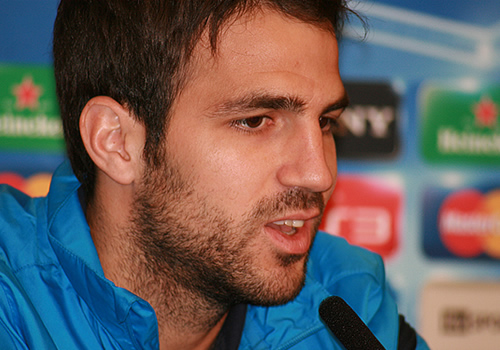 The Italian head coach has already made an impressive impact at the west London side following his appointment as Antonio Conte’s successor in the summer.

Indeed, Chelsea FC have made an unbeaten start to the Premier League season to remain level on points with leaders Manchester City and Liverpool FC.

Given his attacking brand of football, it’s hardly surprising that the Chelsea FC squad are on board with Sarri’s methods in the opening months of his reign.

However, Fabregas would be one player that could conceivably be unhappy with Sarri’s arrival given his lack of playing time under the Italian head coach.

The 31-year-old is still waiting to feature in the Premier League this season after eight games in the current campaign.

Fabregas, in fact, has been limited to appearances in the Carabao Cup and the Europa League since Sarri took over the reins from Conte.

But the Spain international spoke about his excitement at adapting to Sarri’s style in an interview in the British media last week.

Former Chelsea FC winger Nevin was surprised to hear Fabregas speak with such enthusiasm about relearning the game under Sarri.

“Considering Cesc’s history, experience and knowledge it is intriguing to hear his glowing comments about working towards an entire new style under Sarri.

“Having won what he has in the game, to then sound like an excited 18-year-old is testimony to the respect he has for the new Chelsea style.”

Chelsea FC were 3-0 winners against Southampton at St Mary’s in the Premier League last weekend to extend their unbeaten run to eight games in the top flight.

Sarri’s side have gone their separate ways for the international break before Chelsea FC will prepare for their home clash against Manchester United on Saturday 20 October.

The Blues have a good record against the Red Devils in recent seasons in the Premier League, winning seven of their last eight games against Manchester United in all competitions.