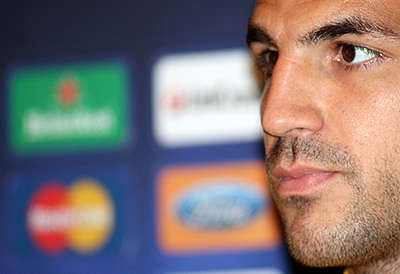 Cesc Fabregas has expressed his pride at becoming the quickest player to reach 100 Premier League assists.

The Spain international earned the Guinness World Record title after Fabregas made his 100th assist to tee up Brazilian team-mate Willian in a 4-2 victory over Stoke City on 31 December 2016.

Fabregas reached his century of assists in just 293 Premier League games despite spending three seasons at FC Barcelona between his spells at Arsenal and Chelsea FC.

The World Cup winner managed to achieve the feat in 74 games quicker than Manchester United legend Ryan Giggs, who is second on the list.

Fabregas has gone on to make a further 11 assists over the past 20 months or so under Italian head coach Antonio Conte.

Maurizio Sarri took over the reins from the former Juventus defender in the summer but Fabregas has found his first-team opportunities limited under the new Chelsea FC boss.

Fabregas, who will be hoping to win his first European trophy if Chelsea FC can reach the Europa League this term, has opened up about Guinness World Record.

“But to achieve this record in my career is one of the proudest things in my job, because it is my job and I did it well.”

Fabregas broke into the Arsenal team in 2004 and blossomed into the north London side’s captain under Arsene Wenger, but the Spanish playmaker was unable to guide the Gunners to Premier League title glory.

The Cataluna-born playmaker returned to FC Barcelona in a £35m deal from Arsenal in the 2011 summer transfer window to secure a return to his boyhood club.

Fabregas won two La Liga titles but didn’t get his hands on the Champions League crown during his spell at the La Liga giants.

Chelsea FC signed Fabregas in a £27m deal from FC Barcelona in 2014 ahead of the World Cup in Brazil.

Fabregas has won two Premier League titles, the FA Cup and the League Cup during his spell at Chelsea FC, but the Champions League crown has remained elusive.