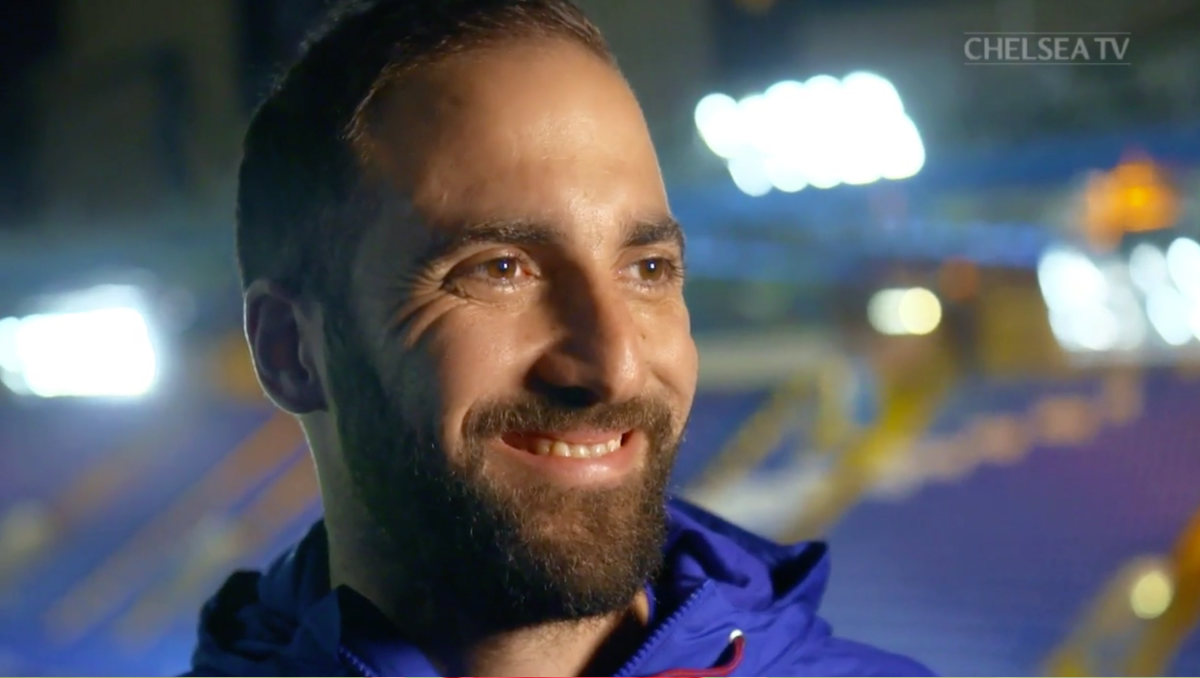 Maurizio Sarri has admitted that Chelsea FC signing Gonzalo Higuain will need to adapt quickly to the Premier League.

The 31-year-old was sat in the stands to watch the Blues beat Tottenham Hotspur on penalties to secure their place in the League Cup final.

Sarri handed Higuain his Chelsea FC debut in a 3-0 victory over Sheffield Wednesday in the FA Cup fourth round last weekend.

The South American forward has played in the Italian and Spanish top flight but Higuain is getting his first taste of English football.

“It’s not easy to adapt to this championship.

“The Premier League is so difficult. At the end of the game [on Sunday], Higuain said it is so aggressive, but here it’s normal!

“It’s not easy but he has the right experience, he’s a great player, and he has to run to adapt in a few matches.

“He has to do everything in less than one month, otherwise it’s late.”

Higuain produced his best season under Sarri when the Argentina international scored 36 times in 35 games at Napoli in 2015-16.

The Blues will need the experienced striker to hit the ground running in the Premier League in what promises to be a competitive top-four race.

Chelsea FC are in fourth spot but are coming under pressure from Arsenal and to a lesser extent Manchester United.

The west London side also signed Borussia Dortmund playmaker Christian Pulisic in January before the American was loaned back to the German side.

John Barnes: This is key for Liverpool FC in title race