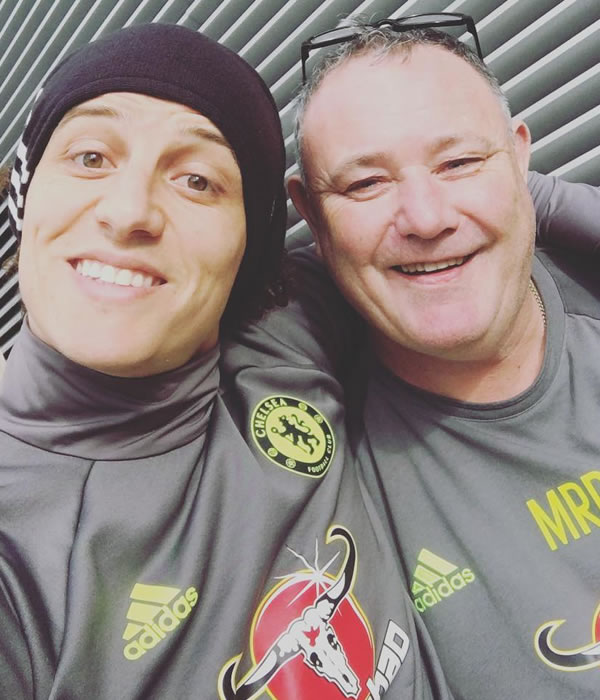 The Chelsea FC manager has relied upon the Brazilian in the opening weeks of the season and Sarri suggested Luiz would have confronted Conte about lack of playing time last year.

The former Napoli head coach insinuated this was the reason why Conte started to bench Luiz and the fall from grace affected the Brazilian’s play.

Sarri told the Chelsea FC website: “Two seasons ago, he was a protagonist. Then six months ago, he was not playing, so he was a little confused.

“He’s direct. If he has to say something to the manager, he has to talk to me.

Luiz’s two spells at Chelsea are notable for the wild variation the quality of the Brazilian’s performances.

After he initially joined the Blues in 2011 from Benfica for a figure reported to be around £25m, Luiz received widespread criticism for his defensive positioning and discipline.

Inclined to move out of defence to create extra playmaking options, Luiz was often caught out leaving his then-partner, an aging John Terry, to make up for his enterprising moves forward.

After winning the Champions League and the Europa League, he moved to Paris Saint-Germain in 2014 for a fee believed to be around £50m.

His lack of defensive discipline was never-more exposed than in Brazil’s World Cup 7-1 semi-final loss to Germany in Belo Horizonte, just weeks after his move to PSG.

Most notably, during the German’s kick-off to open the game, he sprinted out of defence to become an auxiliary striker for a matter of seconds only to return back to his position.

After the disaster, he settled down at Paris Saint-Germain and matured, earning a move back to Chelsea in 2016 for £34m, and played a rigid part in Chelsea’s league winning campaign on his return.

However, he barely appeared last season under Conte, and Sarri has highlighted the rift as the cause, and to praise Luiz for his solid defensive displays this season.