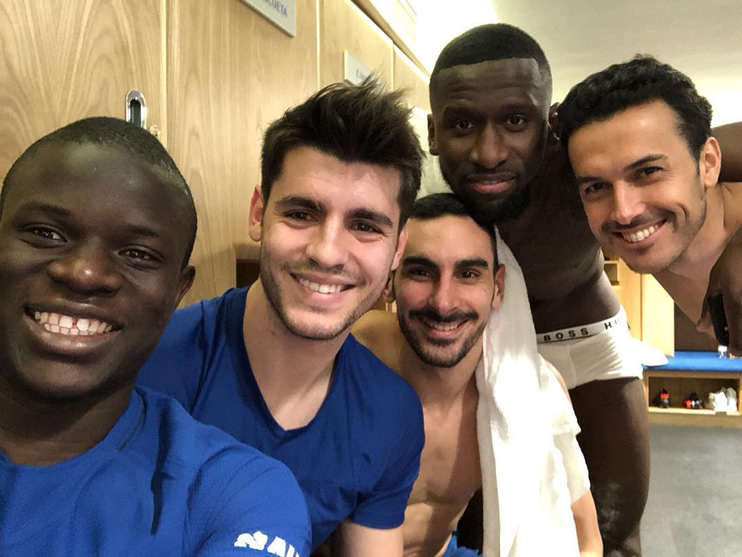 Antonio Conte has told Chelsea FC fans to be patient with Alvaro Morata as the striker works his way back towards full fitness.

The Spanish forward has been missing in recent weeks due to a niggling back injury but he made his return to the first team on Monday night when he came off the bench to help fire the Blues to a 3-0 victory over West Bromwich Albion in the Premier League.

Morata will now be hoping to prove his fitness to Conte as he bids to hold down a regular spot in the first team at Stamford Bridge between now and the end of the season.

However, Conte has told Chelsea FC fans that it will take time for both him and January signing Olivier Giroud to hit top gear.

Speaking at his post-match news conference after the win over West Brom, Conte said: “We must be pleased because on the same night we found Morata who played very well in the last 30 minutes, with great personality and spirit.

“Now we need these two players to find the best physical condition. Morata missed one month with a pain in his back and I hope we’ve solved the situation.”

Morata, who joined from Real Madrid last summer, will be hoping to start for Chelsea FC when the Blues return to FA Cup action on Friday night with a fifth-round clash against Hull City at Stamford Bridge.

The Blues will then switch their attention towards their crunch showdown with FC Barcelona in the last 16 of the Champions League next week.

Thierry Henry predicts where Arsenal will finish this season