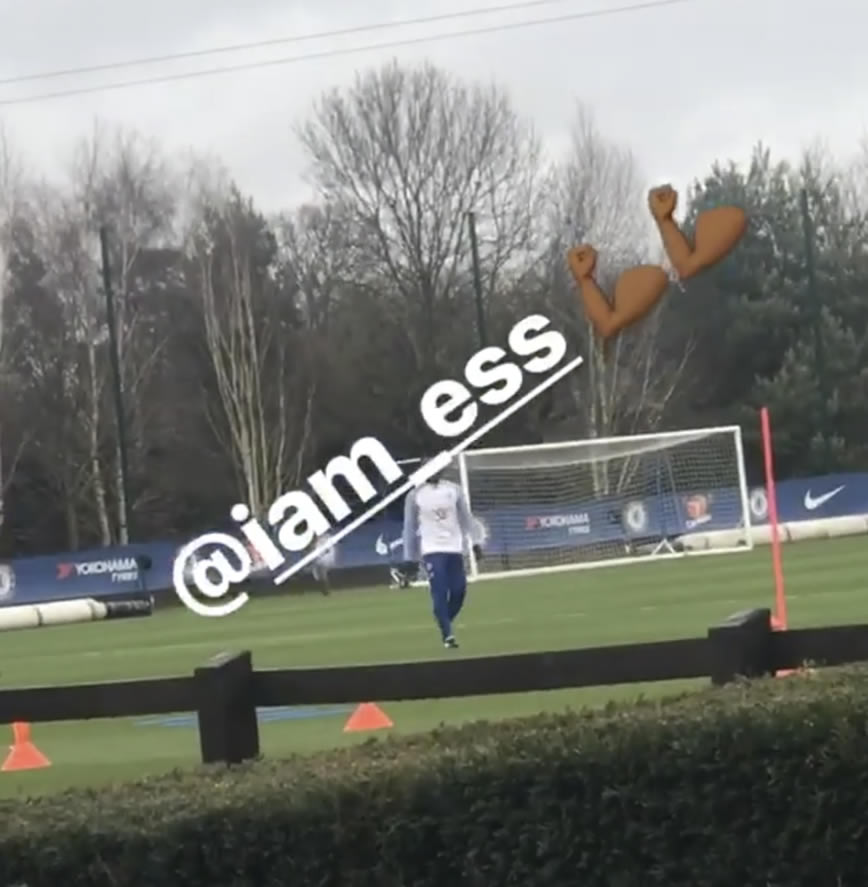 Tiemoue Bakayoko has taken to social media to snap a video of Michael Essien in training at Chelsea FC’s Cobham training ground over the weekend.

The 35-year-old Ghanaian midfielder currently plies his trade with Indonesian side Persib Bandung but has been keeping fit at his former club’s base in recent days.

Essien is loved amongst Chelsea FC fans after having played for the Blues from 2005 to 2014 to help the west London side enjoy many successful moments.

And Chelsea FC midfielder Bakayoko was clearly delighted to see the veteran star training at Cobham over the weekend.

Bakayoko filmed a video clip of Essien in training at Cobham and posted it on his personal Instagram story.

Meanwhile, the France midfielder will not feature for Chelsea FC on Monday night against West Brom at Stamford Bridge in the Premier League after he was sent off during the 4-1 loss to Watford last weekend.

Bakayoko has made a mixed start to life at Stamford Bridge since his transfer from Monaco last summer and has failed to produce consistent performances for Antonio Conte’s men.

Chelsea FC head into their game against the Baggies looking to get back to winning ways after the disappointment of back to back defeats by Bournemouth and Watford.