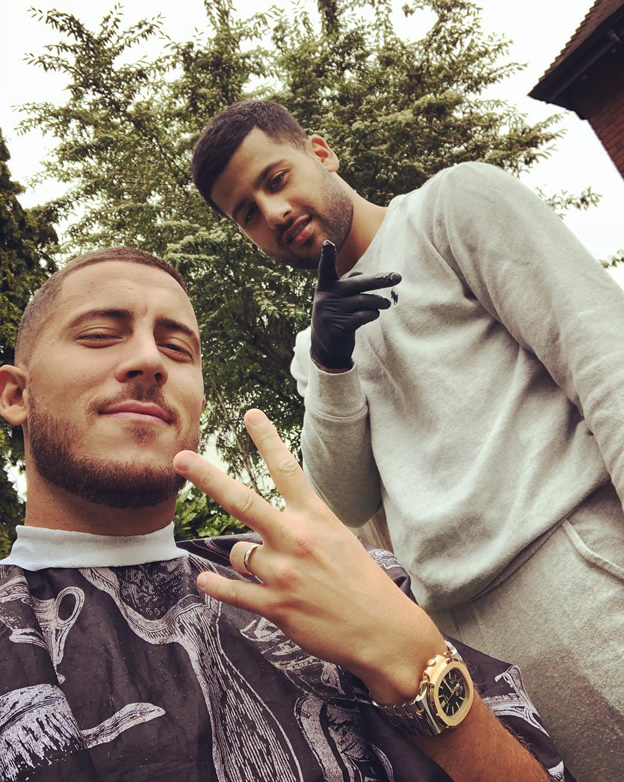 Eden Hazard has been making sure that he is looking sharp for Belgium’s World Cup opener by getting a fresh haircut while on international duty.

The Chelsea FC playmaker is in Russia with his international team-mates as they prepare to take on Panama in their Group G opener on Monday.

Hazard will be hoping to be an influential figure for his national team as the 27-year-old looks to help inspire Belgium to World Cup glory this summer.

And the Chelsea FC star was certainly looking to make sure that he is in good shape as he got a fresh trim from his barber before the big game next week.

Hazard’s future has been something of a source of speculation in recent weeks after Chelsea FC missed out on Champions League qualification due to their fifth placed finish in the Premier League.

The playmaker did help the Blues to end the season on a positive note, however, as he scored the winning goal against Manchester United in the FA Cup final at Wembley back in May.

Chelsea FC are believed to be on the lookout for a number of new signings this summer as they bid to build a squad capable of winning the Premier League title next season.