Graham Potter has praised Edouard Mendy for the way in which he has applied himself following his spell on the sidelines as he prepares to return to Chelsea FC line-up.

Mendy is expected to start his first game since early September on Wednesday night when Chelsea FC take on Dinamo Zagreb in their final Champions League group game at Stamford Bridge.

The Senegal international played 45 minutes of Chelsea FC’s 4-1 defeat by Brighton and Hove Albion in the Premier League at the weekend after a spell on the sidelines with a knee injury, with Kepa Arrizabalaga having to be replaced midway through the game after picking up a knock of his own.

Mendy, 30, is now set to start his first game under Potter since he was brought in to replace the sacked Thomas Tuchel in early September.

And the Chelsea FC boss says he has been thrilled by Mendy’s professional attitude since having started working with him over the last few weeks.

Asked about Mendy at his pre-match news conference on Tuesday, Potter replied: “He’s been great, a top professional, very supportive. I’ve had some good chats with him. 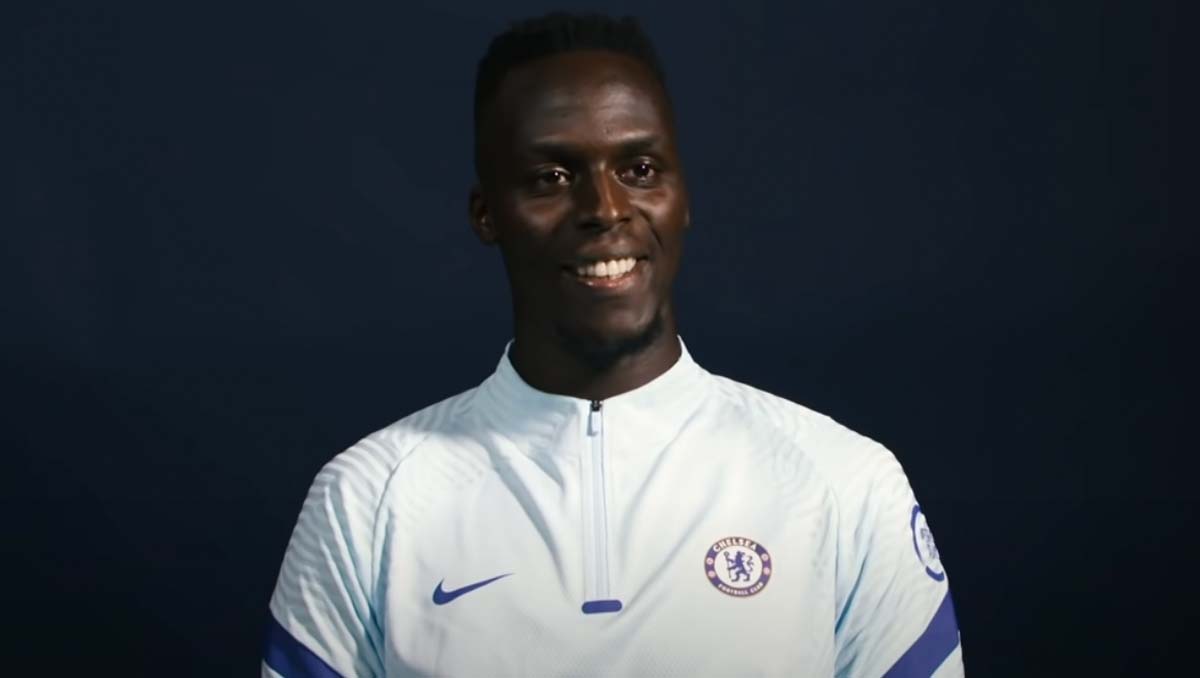 “He was injured when we first arrived so Kepa played, and Kepa did well. He’s honest and professional enough to know sometimes you have to be patient and work hard and support the team, which is what he did. We can’t ask any more.

“He’s made sure he’s ready, he’s trained well, and he’s kept his standards high. Now he has an opportunity. It’s unfortunate for Kepa it’s come around like that, but that’s football.”

Mendy was Chelsea FC’s first-choice goalkeeper under Tuchel last season and started 34 of their 38 games in the Premier League as they finished third in the table. He also started nine games in the Champions League last term.

Chelsea FC have already qualified for the last 16 of the Champions League as group winners and Dinamo Zagreb are playing to snatch a third-placed finish in the group.

The Blues suffered their first defeat under Potter away to Brighton at the weekend and after Wednesday’s European clash will turn their attentions towards their showdown with London rivals Arsenal at Stamford Bridge on Sunday.

Arsenal returned to the top of the Premier League table on Sunday thanks to a thumping 5-0 home victory over Nottingham Forest at The Emirates and the Gunners head into this weekend’s London derby 10 points ahead of the Blues.

Former Chelsea FC defender Jason Cundy believes that Gabriel Martinelli and Bukayo Saka are the two key Arsenal players who are likely to cause the Blues problems at Stamford Bridge this weekend.

“They [Saka and Martinelli] are the two that make you tick. You take those two out, all of a sudden Arsenal become a very different side,” Cundy told The Highbury Squad.

“The two players that scare the life out of me at the weekend are Martinelli and Saka, the way that they come inside.”

Martinelli has scored five goals and made two assists in 12 Premier League games this season, while Saka has netted four times and made five assists in the English top flight in the campaign so far.

Thomas Tuchel: How I feel about my time at Chelsea FC

Gabriel Martinelli opens up about his future at Arsenal