Fabrizio Romano: Jules Kounde is pushing for a transfer to Chelsea FC

Jules Kounde is pushing for a transfer to Chelsea FC before Tuesday’s deadline but the negotiations between Sevilla and the Blues are at a “tense” point, according to Italian journalist Fabrizio Romano.

The south west London side have been strongly linked with a move to bring the France defender to Stamford Bridge this summer as Thomas Tuchel looks to add to his options at the back.

However, despite all of the speculation so far, Chelsea FC have been unable to agree a deal with the Spanish side as the clock ticks down on the summer transfer window.

According to Romano, Chelsea FC remain locked in talks with Sevilla over a transfer fee. The Blues are said to be ready to submit a €50m bid but Sevilla are holding out for a higher fee, according to the journalist.

Posting on Twitter on Saturday morning, Romano provided an update on the Kounde situation as Chelsea FC aim to get a deal over the line.

“Kounde is waiting and pushing for Chelsea move.” 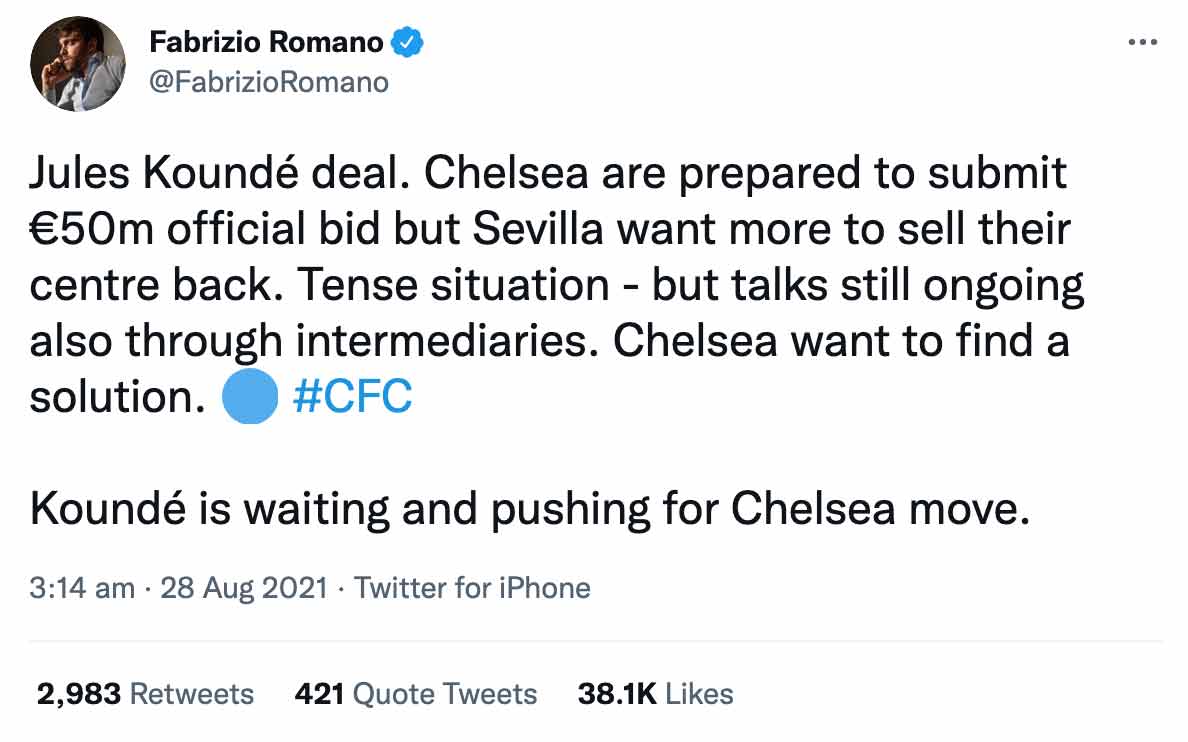 Chelsea FC have already completed a deal to re-sign Romelu Lukaku this summer as they bid to build a team capable of challenging for the title.