Gary Lineker took to social media to praise Mason Mount after the midfielder helped Chelsea FC to seal a 1-0 win away to Tottenham Hotspur on Thursday night.

Jorginho netted the only goal of the game from the penalty spot in the 24th minute in west London after Eric Dier brought down Timo Werner in the box.

Tottenham produced a largely uninspiring performance at home as Jose Mourinho’s men slumped to their third defeat in a row in the top flight.

Mount, 22, has been in fine form for Chelsea FC so far this season and the England international played the full 90 minutes against Spurs on Thursday night.

And England legend Lineker was clearly impressed by what he saw from Mount in Thursday night’s game, posting on Twitter:

“Won’t be long before @masonmount_10 is Tuchel’s pet.”

Lineker then went on to explain his comment in more detail after being prompted by one user on Twitter. 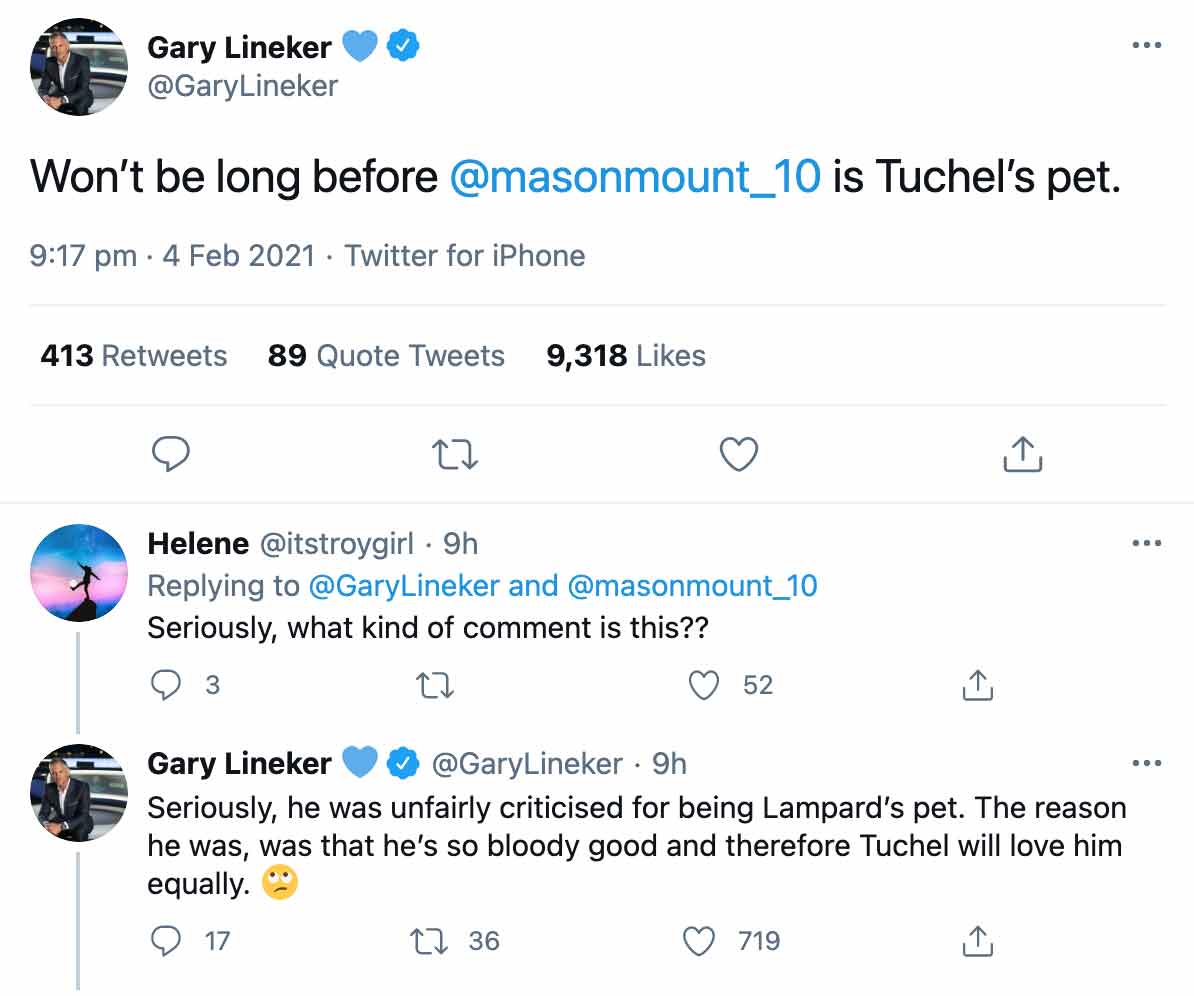 Mount has been a top performer for Chelsea FC this season, scoring two goals and making three assists in 21 Premier League games so far.

Earlier in the game, Lineker also voiced his thoughts on the penalty which ended up deciding the game.

He wrote: “It may have been a soft penalty, but given penalties are given for next to nothing these days, sitting so deep just doesn’t make sense and is asking for trouble.”

The victory lifted Chelsea FC into sixth place in the Premier League table ahead of their trip to Sheffield United on Sunday.