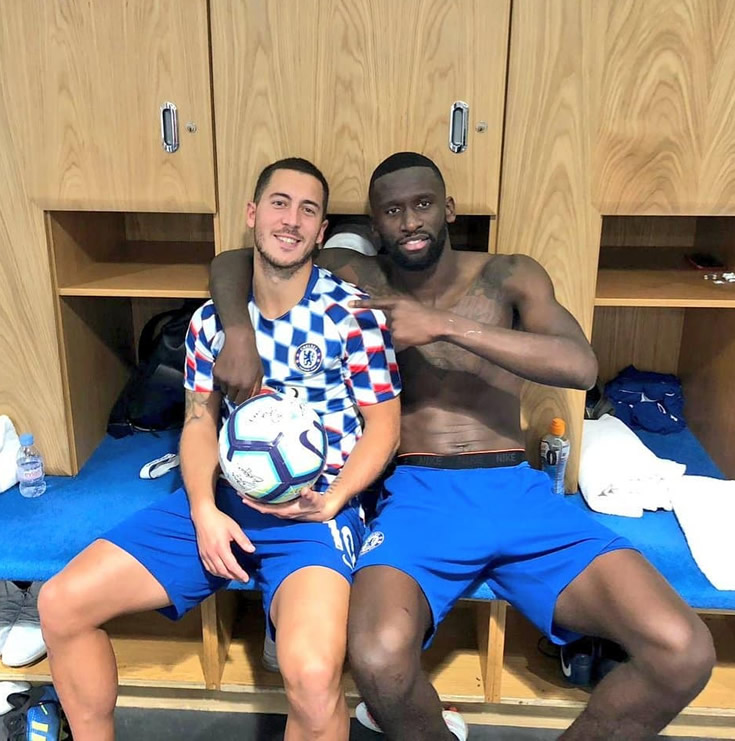 The Blues are currently preparing for their Premier League clash against Newcastle United at Stamford Bridge on Saturday evening as they look to continue their push for a top-four finish.

Rudiger has been a constant fixture in the Chelsea FC team so far this season and he has scored one goal in 21 Premier League appearances for Maurizio Sarri’s men.

Loftus-Cheek, meanwhile, has been struggling to hold down a regular spot in Sarri’s team this term, with the 22-year-old having only made one Premier League start.

Despite that, Loftus-Cheek has still scored three goals in a total of nine appearances in the Premier League this season.

And Rudiger has revealed that the England international has been the Blues’ top performing player in training recently as he looks to try and impress Sarri.

Asked who has been the best player in training lately, Rudiger told Chelsea FC’s website: “Loftus-Cheek.”

Rudiger also revealed that he keeps close to the likes of N’Golo Kante during away trips with Chelsea FC.

He continued: “I sit at the back [of the team bus] with N’Golo Kante, Mateo Kovacic, Eden Hazard and Oli Giroud.

Chelsea FC are currently fourth in the Premier League table.