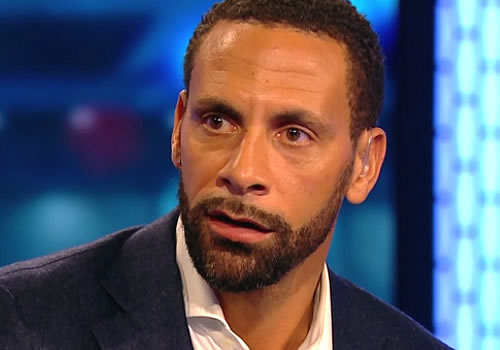 Rio Ferdinand is backing Chelsea FC to finish above Tottenham Hotspur in the Premier League table this season.

The Blues have made an impressive start to the current campaign under Antonio Conte’s replacement Maurizio Sarri.

Indeed, Chelsea FC won their opening five Premier League games to lay down an early marker in the title race.

The west London side have drawn their last two top-flight fixtures to fall two points adrift of Manchester City and Liverpool FC.

Daniel Sturridge netted a late equaliser to rescue a point for Liverpool FC in a 1-1 draw with Chelsea FC at Stamford Bridge.

Chelsea FC are two points ahead of Tottenham Hotspur in the Premier League’s top four.

Former Manchester United defender Ferdinand believes the Blues will finish in third place ahead of their bitter London rivals this term.

“Chelsea are finishing above Spurs, for me,” Ferdinand told BT Sport.

“They’ve got the way Sarri is coaching them, but also they’ve got the best player in the league at the moment – and that’s Eden Hazard.”

Chelsea FC ended up in fifth spot in the Premier League table last term to miss out on a Champions League place for the second time in four seasons.

The Blues won the FA Cup at Wembley last term thanks to Chelsea FC’s 1-0 win over Manchester United thanks to Eden Hazard’s winner.

Tottenham lost 2-1 to Liverpool FC in the Premier League at Wembley last month.