Andreas Christensen opens up about his situation at Chelsea FC 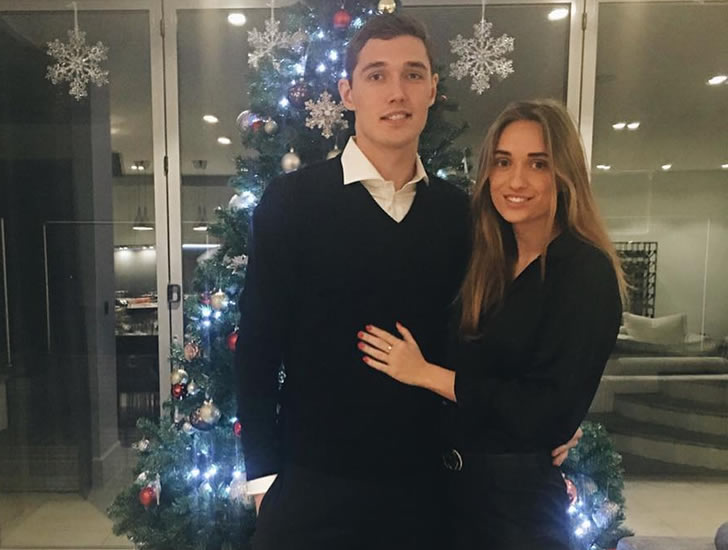 Andreas Christensen has played down the chances of the Chelsea FC defender handing in a transfer request ahead of the January window.

The former Napoli manager has switched to an orthodox four-man defence and Sarri has persisted with David Luiz and Antonio Rudiger as his centre-half pair.

Christensen hasn’t made an appearance in the Premier League this season, despite having racked up 23 starts and four substitute appearances in Conte’s second season in charge.

The Danish starlet has started four Europa League games and two Carabao Cup fixtures in the current campaign to get some first-team minutes under his belt.

Christensen was a big hit in the 2017-18 season as the 22-year-old earned rave reviews for his composed performances at the back.

The Chelsea FC starlet has been linked with a potential transfer request given his lack of appearances in the Premier League this season.

Asked whether he will force a move away from Chelsea FC in the January transfer window, Christensen is quoted as saying by Metro:

“If you asked every player that’s not playing if they’re happy they’ll say ‘no’. Everyone wants to play but you know I can’d do anything but train and do my best when I get the opportunity.

“I have to perform well to show him [Sarri] that he can count on me. You don’t want to sit around and wait for it you want to play straight away – that’s why we play football.

“Not playing is not fun but it’s a different situation to last season. I don’t think so [leaving in January].”

Christensen impressed during a two-season spell on loan at Bundesliga outfit Borussia Monchengladbach between 2015 and 2017.

The Danish star netted seven times in 84 games for Monchengladbach and featured in the Champions League for the German club.

Christensen signed a new four-and-half-year deal with Chelsea running until 2022 in January 2018 to secure his long-term future at the west London side.

“I heard a wee whisper, and I don’t know if it’s true, but the player he would really like more than anyone else is Andreas Christensen from Chelsea,” Nevin told Irish radio station Newstalk in 2017.

“That’s the one he’d really like. He’s not going to get him but he’s at that sort of age he could to the same thing as Stones.”