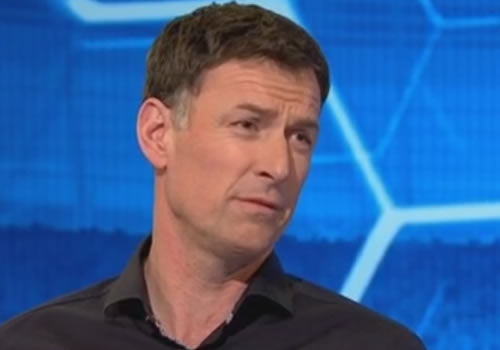 Dennis Wise has warned Andy Carroll that he would struggle to fit in the Chelsea FC team.

The Blues have been linked with a surprise move to sign the England international from West Ham United in the January transfer window.

Chelsea are in the market to sign a back up striker to provide cover and competition for summer signing Alvaro Morata.

The Spain international has failed to score in his last six games in all competitions and has struggled with his confidence in front of goal.

Carroll, though, is a different type of striker to Chelsea’s stylish £58m signing from Real Madrid.

The former Liverpool and Newcastle United star is a target striker that feeds of balls into the box but lacks the technical ability of Morata.

Wise’s former team-mate Sutton scored just three times in 39 games in all competitions during his one season at Stamford Bridge, including one goal in the 1999-00 Premier League season.

The ex-Blues captain Wise warned Carroll that he could struggle like Sutton at Chelsea given his poor link up play on the ground.

“We had Chris Sutton,” Wise told The Debate on Sky Sports.

“He was that type. He was big and strong.

“His link-up play wasn’t great. He really struggled at Chelsea unfortunately. I find Andy a bit like Chris. We had a lot of ball players at the time. It didn’t suit Chris.”

The Blues signed Ross Barkley in a £15m deal from Everton in the January transfer window.