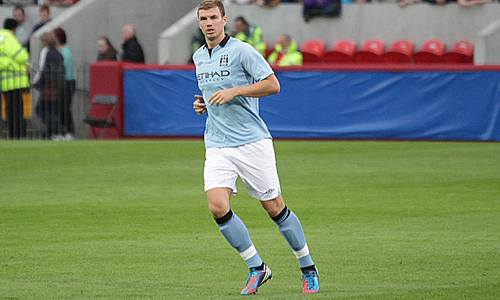 Pat Nevin has given his backing to Chelsea FC’s pursuit of AS Roma striker Edin Dzeko.

The Bosnian striker has emerged as Chelsea FC’s top target to bolster their attacking options in the January transfer window.

Chelsea have relied heavily upon £58m summer signing Alvaro Morata in the 2017-18 season so far following his move from La Liga giants Real Madrid in the summer.

Antonio Conte has been unwilling to place his faith in Belgian forward Michy Batshuayi despite the 24-year-old’s tendency to score big goals for the west London outfit.

Dzeko, though, is a more plausible candidate to improve Conte’s attacking options given his decent record at Manchester City before the towering striker moved to AS Roma in 2015.

The Bosnia Herzegovina international scored 50 goals in 130 appearances in the Premier League and won two top-flight titles as well as the FA Cup and the League Cup.

Former Chelsea winger Nevin endorsed the west London side’s bid to sign the AS Roma striker to provide Morata with competition for a starting spot.

“Dzeko’s movement is so much better than Carroll and Crouch’s,” Nevin told Irish radio station Newstalk. “It is miles ahead. Dzeko makes perfect sense to me.

“He is one of the best [in terms of] going off the shoulder. If you do that at Chelsea, you know Fabregas will find you. I do see the style with Dzeko. It’s not that dissimilar to what Morata has been doing.”

Chelsea have already signed England international Ross Barkley in a £15m deal from Everton in the January transfer window.