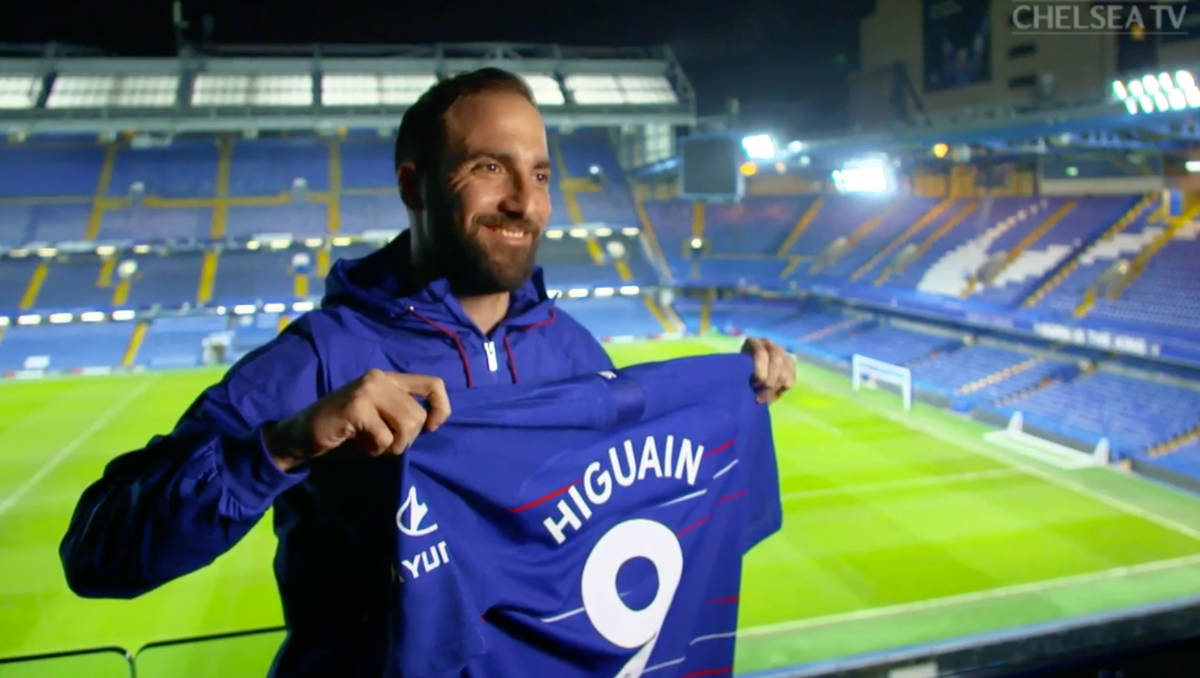 Paul Merson has warned Maurizio Sarri that he could clash with the Chelsea FC board if Gonzalo Higuain isn’t a success at Stamford Bridge.

The Blues completed a loan deal for the Argentina international on Wednesday night after Juventus reached an agreement with Chelsea FC.

Higuain spent the first half of the 2018-19 campaign on loan at AC Milan but the South American forward struggled to impress at the San Siro side.

The 31-year-old arrives at Stamford Bridge having scored a respectable 117 league goals during five-and-a-half seasons in Serie A.

While Higuain has a glowing reputation in Italy, the perception of the Argentina international is slightly different in England.

The January signing will be eager to dispel his erratic reputation, which is partly based upon his wasteful performances at the 2014 World Cup.

Sarri was reported to be the driving force behind the loan deal after Higuain netted 36 times in 35 games during his one season under the Chelsea FC boss at Napoli.

Former Arsenal midfielder Merson warned Sarri that he has taken a big gamble with the Argentinian striker.

“Forward-wise I think Chelsea are better with Giroud in the team,” Merson told Sky Sports.

“It’s a big gamble, Higuain, the manager will die by his sword on that. If it doesn’t work out, he’s in trouble.

“I don’t think upstairs they are happy about it, they’re backing the manager and I think he’s put all of his eggs in one basket.”

Higuain could make his debut for Chelsea FC against Sheffield Wednesday in the FA Cup fourth round at Stamford Bridge on Sunday afternoon.

Chelsea FC beat Tottenham on penalties to book their place in the League Cup final on Thursday night.