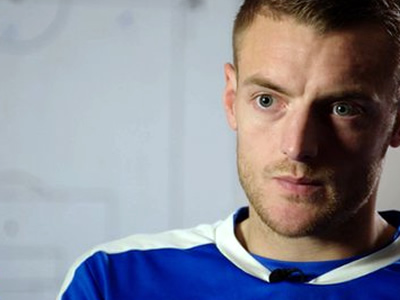 The defending Premier League champions are in the market to sign a goal-scorer in the January transfer window to improve Antonio Conte’s attacking options ahead of the return of the Champions League.

The Blues have relied heavily on summer signing Alvaro Morata but the Spain international has looked fatigued and short on confidence following a demanding start to his career in English football.

Morata hasn’t scored in his last six games in all competitions and the £58m signing has been criticised for his wastefulness in front of goal.

Chelsea’s second-choice striker Michy Batshuayi has struggled to put Morata or his predecessor Diego Costa under pressure for a regular starting spot.

The title holders have been linked with a surprise swoop to sign West Ham striker Andy Carroll in recent days despite the England international’s poor record with injuries.

Former Chelsea captain Wise urged the Blues to consider another English goal-scorer, Vardy, as a potential January recruit to put Morata under pressure.

“The guy scores goals. He gets in behind. He is quick and stretches the team. He leaves the space for the creative players. They need someone else.”

Vardy has scored 46 times in his last 93 appearances in the Premier League and the England international fired the Foxes to title glory in 2015-16 under former Chelsea boss Claudio Ranieri.