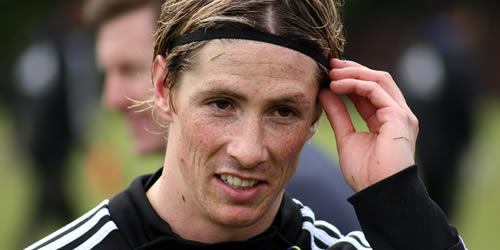 Fernando Torres has been included in Spain’s 23-man squad for this summer’s European championship, despite admitting he feared he would be left out after a disappointing season.

Spain boss Vicente del Bosque revealed his squad for the tournament in Poland and Ukraine after his side’s 2-0 win friendly victory over Serbia on Saturday.

The 28-year-old Chelsea striker, who is joined by Blues team-mate Juan Mata in the squad, admitted he was worried he would be omitted after a poor season at Stamford Bridge in which he only managed 11 goals and started the FA Cup and Champions League finals on the bench.

“Yes, I saw myself out of the list,” Torres said. “I never received a call with such enthusiasm.

“Spain have won the right to be called favourites and we have to accept this tag, but it is is worthless because you have to prove it on the field.

“Three titles in a row is something no one has done before. If we can achieve it we will be a world reference because people will be talking about this generation for many years.”

Spain kick-off the defence of their title with a Group C clash against 2006 World Cup winners Italy on Sunday 10 June.