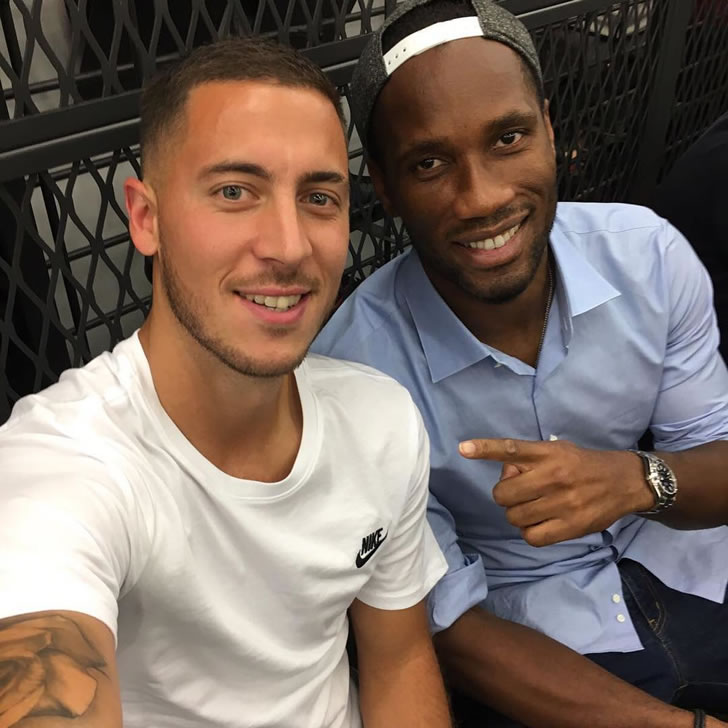 Didier Drogba has admitted that he has been very impressed by Alvaro Morata’s start to life in a Chelsea shirt.

The Spanish forward has been in impressive form for the west London side since joining Antonio Conte’s squad from Real Madrid back in July.

Morata has scored three goals and made two assists in four Premier League games for the Blues to help Chelsea up to third place in the table.

The 24-year-old has been tasked with filling the void left by Diego Costa at Stamford Bridge after the striker failed to return to Chelsea from his summer break.

And Chelsea legend Drogba believes that Morata’s impressive start for the Blues bodes well for his former employers.

Speaking to Sky Sports News on Monday, Drogba said: “He is scoring goals that are winning games so I am really happy for him and for the club as well.

“It is very important to score. As a striker, when you start with a new team, people have high expectations.

“When you match those expectations, you are just happy and the goals continue to come.

“I hope he will have a great season because we need that.”

Chelsea are currently preparing for their first Champions League game of the season on Tuesday night, when they host Qarabag at Stamford Bridge.

The Blues missed out on a place in Europe altogether last season after they finished 10th in the Premier League the season before last.

Chelsea, who won the title last term, will then turn their attentions back to Premier League affairs and their crunch clash against Arsenal on Sunday afternoon at Stamford Bridge.