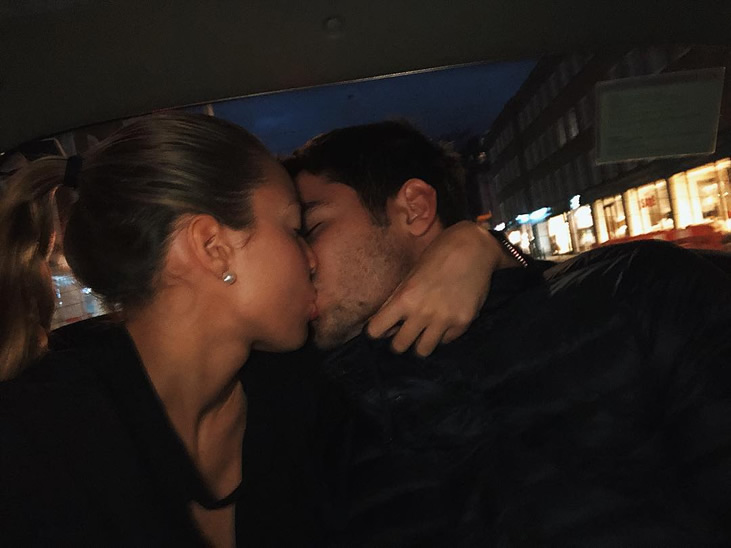 Alvaro Morata and his wife Alice Campello shared a kiss on Sunday evening as the couple get used to life in London following the striker’s transfer to Chelsea.

The 24-year-old has made a strong start to life in the Premier League, scoring six goals and making two assists in seven outings in the English top flight so far this season.

Morata is currently sidelined with a hamstring injury picked up during Chelsea’s 1-0 loss to Manchester City before the international break.

It remains to be seen when the striker will be back available for selection again.

But he certainly looked like he was keeping himself in high spirits with his wife over the weekend as they pair shared a taxi ride together on Sunday evening.

Campello posted the picture above on her Instagram account on Sunday night and wrote the caption: “My happiness ❤️”

Chelsea return to Premier League action on Saturday with a trip to Selhurst Park to take on Crystal Palace.

It remains to be seen whether Morata will be fit for that game, as he continues to work on his fitness levels at Chelsea’s Cobham training base.