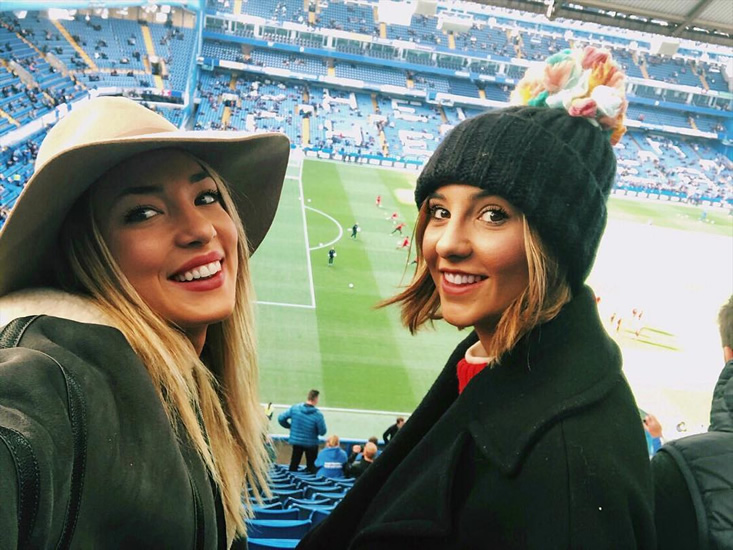 Alvaro Morata’s wife Alice Campello was in the stands with a friend to watch the Chelsea striker in action during the Premier League victory over Watford on Saturday.

Morata made his return from a hamstring injury against the Hornets as he played the first 61 minutes for the Blues at Stamford Bridge.

The 24-year-old striker has made a strong start to life in the Premier League following his move to the club from Real Madrid back in July.

The Spaniard has scored six goals and made two assists in his first eight Premier League appearances so far this term.

Both he and his wife have been settling into life in London following their move from Madrid in the summer.

And Morata’s other half Campello looked to be in good spirits as she enjoyed watching the Blues in action on Saturday at Stamford Bridge.

She posted the picture above on her personal Instagram account and wrote the caption: “My love❣️#partnerincrime #nosequehariasinti ✨ @sisa_22_”

Chelsea secured a thrilling 4-2 victory over Watford to return to winning ways after failing to win in their previous three outings in all competitions.

The Blues will return to Premier League action next weekend with a trip to Watford on Saturday evening.

Arsene Wenger admits Arsenal star was ‘on fire’ against Everton