Photo: Chelsea signing stays behind to train at Stamford Bridge after Watford clash 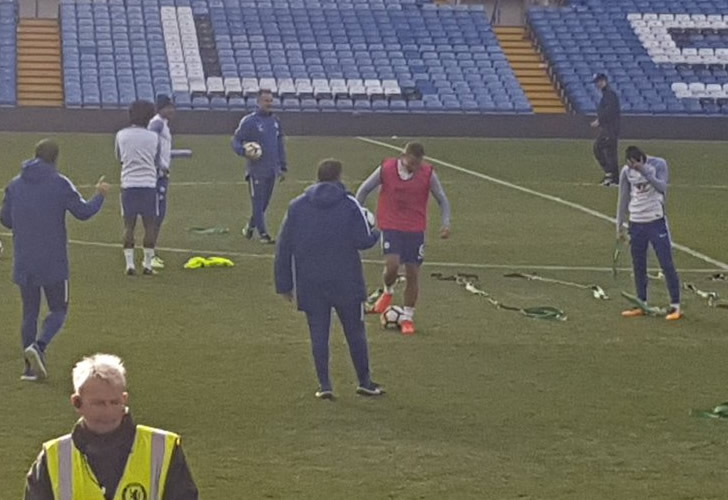 Danny Drinkwater was pictured in training at Stamford Bridge as he continues to work on his fitness levels with Chelsea.

The midfielder is yet to make his first appearance for Chelsea since signing for the Blues from Leicester City in the summer transfer window.

Drinkwater has been sidelined with an ankle injury but returned to training with the first team at Cobham last week as he bids to get back fit as soon as possible.

The England international watched from the stands as Chelsea secured a thrilling 4-2 victory over Watford at Stamford Bridge on Saturday lunchtime.

And Drinkwater was pictured training with the ball at his feet after the final whistle at Stamford Bridge as he continues to work on his fitness levels.

Journalist Nizaar Kinsella shared the picture above on his Twitter account from Stamford Bridge after the game, writing the caption: “Drinkwater doing ball work and training after the match. #CHEWAT #CFC.”

Chelsea return to League Cup action in midweek with a home clash against Everton.

The Blues then take on Bournemouth away from home in the Premier League next weekend as they bid to try and string a series of positive results together.

Drinkwater was one of six summer signings at Chelsea in the recent transfer window.

Antonio Conte: These three Chelsea players were amazing against Watford