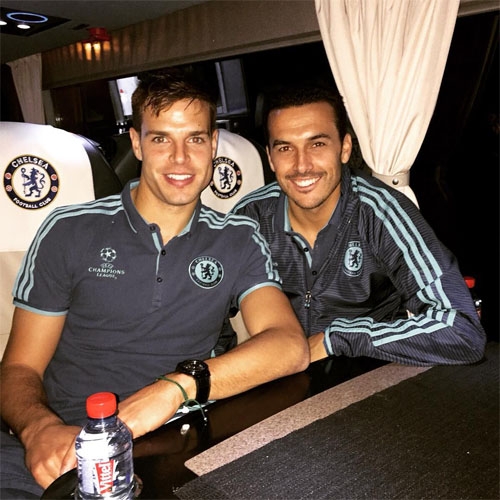 Cesar Azpilicueta is more important to the Chelsea team than David Luiz, according to Garth Crooks.

Chelsea won the Premier League title with two games to spare last season thanks to their impressive defensive performances under Antonio Conte.

The defending champions utilised Azpilicueta, Luiz and Gary Cahill as their back three in Conte’s lauded 3-4-3 formation last term.

The west London side have made a difficult start to the 2017-18 campaign with Luiz struggling to maintain his impressive performance level from last season.

Chelsea defender Azpilicueta has been ever-present in the Blues team and has been used in a variety of position in Conte’s back three.

Former Spurs forward Crooks believes the Spain international has become the instrumental member of the Italian’s Chelsea defence this season.

“I was never one for putting my body on the line for the team,” Crooks told BBC Sport.

“I always figured there were better people in the team designed to do that – and I was not one of them. One man who does it with monotonous regularity is Cesar Azpilicueta.

“His block on a Callum Wilson effort destined for the back of Chelsea’s net was a match-saving intervention against Bournemouth.”

Crooks added: “Last season I identified David Luiz as the determining factor in Chelsea’s defensive successes. However, this season it looks like it is Azpilicueta who has assumed the role of senior partner in a slightly reshaped back three that was without Gary Cahill against Bournemouth.

“It can’t be a coincidence that Antonio Conte has given Azpilicueta the captain’s armband.”

Chelsea are looking to win the Champions League title for the first time since 2008.

Conte has never won the competition but the Italian will take confidence from the Premier League triumph last term.

The Blues will host title rivals Manchester United in the next Premier league clash at Stamford Bridge on Sunday evening.

Chelsea signed six players in the summer transfer window as Conte looked to prepare his squad for a return to the Champions League.

Gary Neville: What impresses me about Man United defence under Jose Mourinho