Steven Gerrard: How Alvaro Morata has answered his doubters at Chelsea 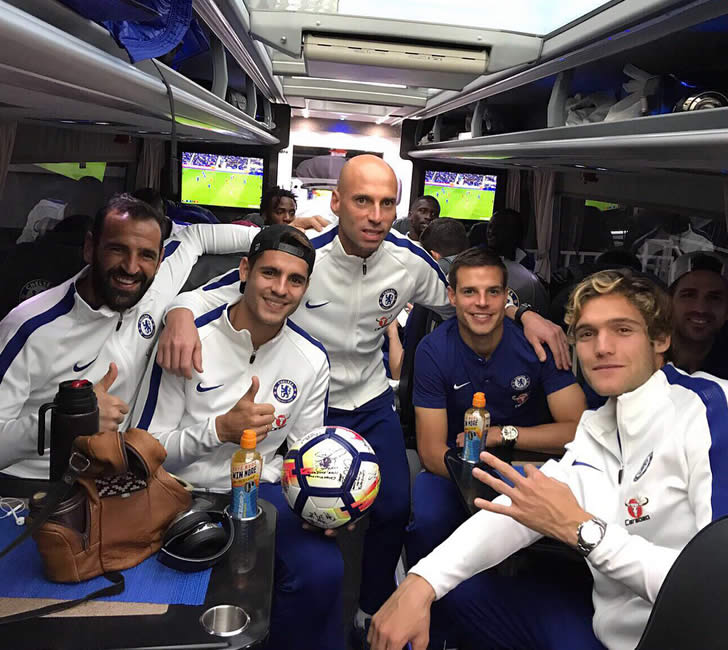 Steven Gerrard believes that Alvaro Morata has already answered the questions about his ability at Chelsea with his superb start to the new season.

The 24-year-old forward joined the Blues from Real Madrid in the summer transfer window as Antonio Conte moved quickly to bolster his attacking options at Stamford Bridge.

There were question marks about how quickly Morata would be able to adapt to the rigours of the Premier League following his move to the English club from Spain.

However, the striker has hit the ground running at Stamford Bridge and has scored six goals in six Premier League games to help the west London side move up to second place in the table.

He also opened his Champions League account by netting Chelsea’s equaliser in their thrilling 2-1 win over Atletico Madrid in Spain on Wednesday night.

And Gerrard has been impressed by how quickly Morata seems to have settled into life at the club.

Speaking on BT Sport on Wednesday night, Gerrard said: “You always knew that with the personnel in the Chelsea squad, they would get it right.

“There were question marks about Alvaro Morata at the beginning of the season after such a hefty transfer fee. But he’s firing and Chelsea are firing.”

Morata will be hoping to continue his fine form for Chelsea when the Blues return to Premier League action on Saturday night with a crunch clash against Manchester City at Stamford Bridge.

Victory for Chelsea would move them level on points with Pep Guardiola’s side.