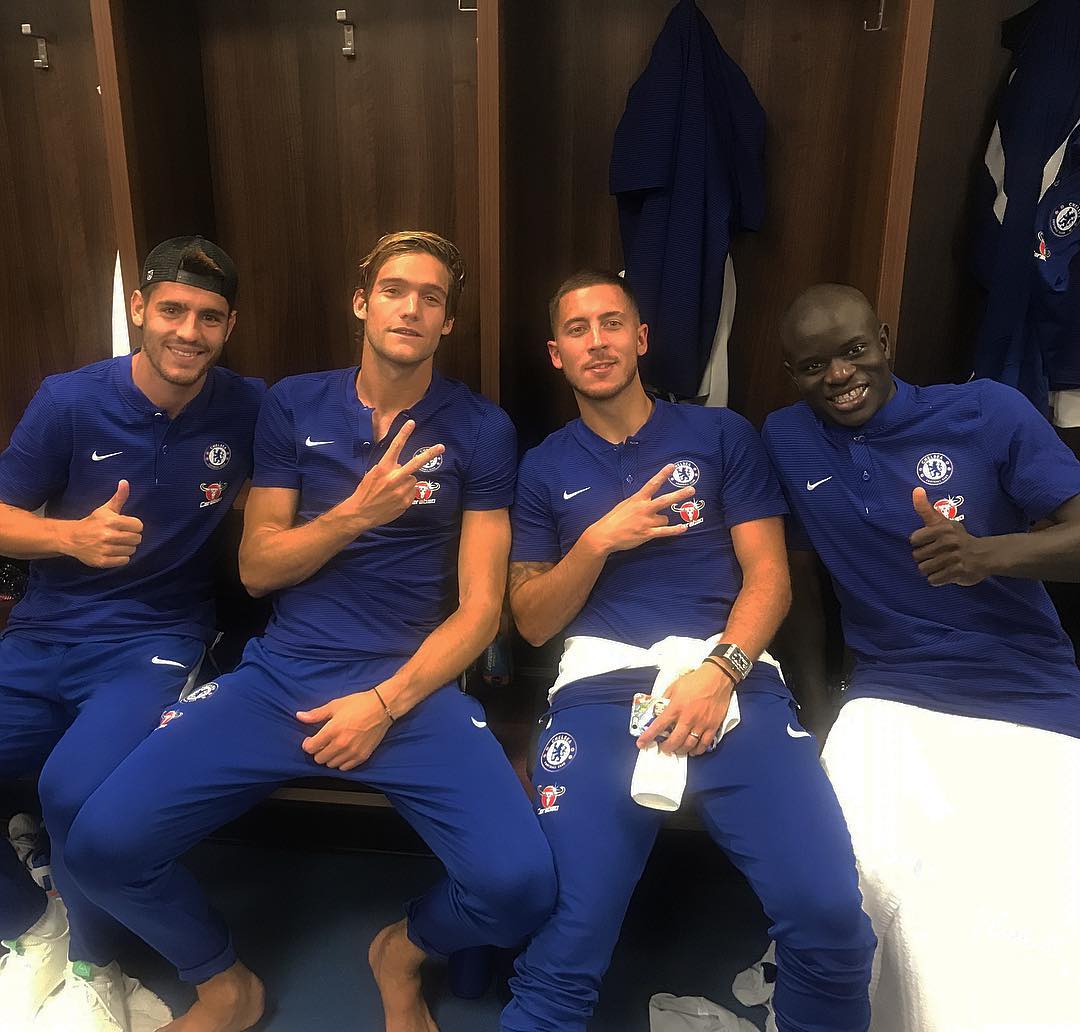 Alvaro Morata has told Eden Hazard that he hopes to start scoring with his feet soon for Chelsea.

The Spanish striker has made a strong start to life at Chelsea since signing for the west London club from Real Madrid back in July.

Morata has scored three goals and made two assists for his team-mates in four games in the Premier League to help Chelsea move up to third place in the table.

Hazard joked earlier this week that Morata needs to now “score with his feet”.

And the Spain international has admitted that he is hoping to find the net with his feet in the coming games.

Morata told Chelsea’s website: “At the moment, I’ve only scored and assisted with my head for Chelsea, so I hope to use my feet as well soon!

“It’s true that English football is different to Italy and Spain. You don’t have much time to calm down, or relax, because all the time the ball is on fire.

“You need to be in good condition to play here and approach every match with a good mentality.”

Morata will be hoping to start alongside Hazard for Chelsea when the Blues take on Arsenal in their crunch Premier League clash at Stamford Bridge on Sunday afternoon.

The west London side have lost to Arsenal in their most recent two meetings with the Gunners, in the FA Cup final and the Community Shield at Wembley.

Chelsea, who thrashed Qarabag 6-0 in their Champions League opener on Tuesday, are aiming to defend their Premier League title this season after their impressive triumph under Antonio Conte last term.