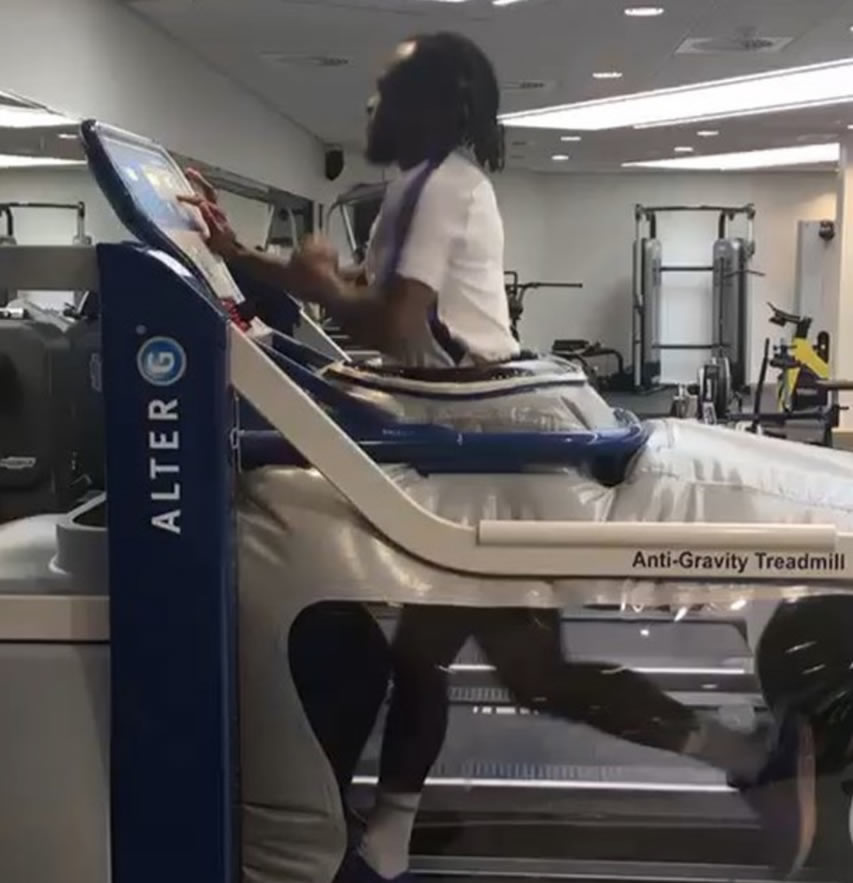 Victor Moses has taken to social media to reveal that his recovery from injury is on track as he bids to return to action for Chelsea as soon as possible.

The Nigeria wing-back has been out of action since suffering a hamstring injury during the 2-1 defeat by Crystal Palace last month.

Moses has been working hard on his fitness levels at Chelsea’s Cobham training base in recent weeks as he bids to get back to shape as quickly as possible.

It remains to be seen exactly when Moses will be back available for selection again after he missed the Champions League clash with Roma on Tuesday night.

Chelsea boss Antonio Conte said on Monday that Moses “needs more time” in his recovery but Blues fans will be hoping to see him back in action as soon as possible as the crunch Premier League clash with Manchester United at Stamford Bridge looms large on Sunday.

Now, the player himself has updated fans on his recovery as he bids to be back in action as soon as possible.

Moses took to social media and posted a video of him training at Cobham on his Instagram account, and wrote the caption: “Another day of hard work getting there slowly 🙏🏿 thanks for all of your messages of support #CFC.”

Chelsea are currently fourth in the table and nine points behind leaders Manchester City.