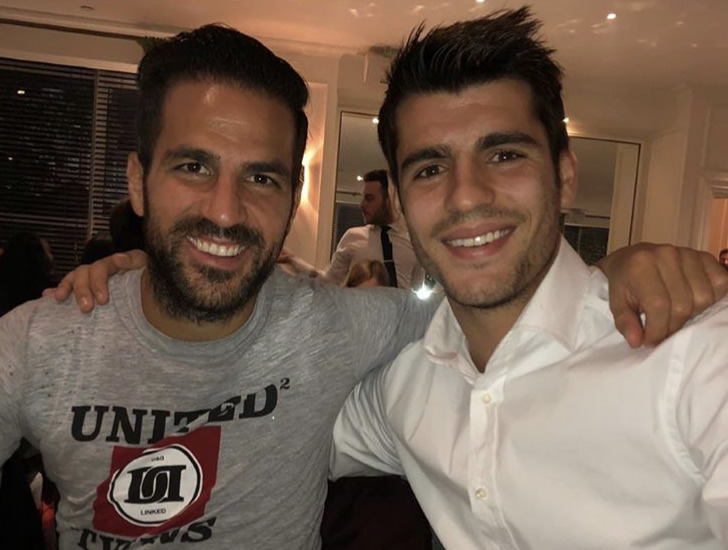 Pedro Rodriguez has revealed that Cesc Fabregas and Alvaro Morata are the Chelsea players who spend the longest time in front of the mirror at the training ground.

Morata has been getting to grips with life at Stamford Bridge since signing for the west London side from Real Madrid in the summer transfer window.

The 24-year-old striker has made a fine start to life in England after hitting six goals in his first seven Premier League games.

Fabregas, meanwhile, has been a regular fixture in the first team at Stamford Bridge since his arrival at the club from Barcelona back in 2014.

Pedro knows his fellow Spaniards well after having lined up with them for years at international level.

And the Chelsea attacker has lifted the lid on their training ground routines.

Asked which Chelsea player spends the longest in front of the mirror, Pedro told the Blues’ website: “Probably Cesc (laughs), he likes to do his hair. Alvaro does as well though.

“They are both good-looking guys and they like to spend some time in front of the mirror.”

Chelsea return to Premier League action on Saturday lunchtime with a home clash against Watford at Stamford Bridge.

The west London side drew 3-3 with Roma in the Champions League on Wednesday night and have lost their last two games in the Premier League to leave them nine points behind leaders Manchester City.