Chelsea new-boy Oscar describes himself as "as an elegant type of ball player, who is creating for another people" 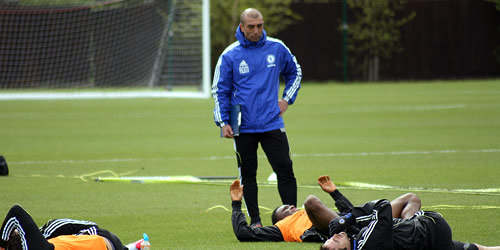 Oscar has vowed to impress for Chelsea in Didier Drogba’s No11 shirt after the Brazilian linked up with his new team-mates for the first time on Friday.

The 20-year-old, who has signed a five-year deal at Stamford Bridge after a reported £25m transfer from Internacional, had been on international duty with Brazil at the London 2012 Olympics.

“I understand the importance of this number [the No11 shirt previously held by Drogba] to Chelsea,” Oscar told Chelsea’s website. “In Brazil it is the number 10, but here the 11 is a very important number and I just hope that I can do it justice.”

Oscar took part in his first session at Chelsea’s Cobham training base on Friday and Roberto Di Matteo said the midfielder is in contention to feature in the Blues’ Premier League opener at Wigan on Sunday.

And the Brazilian admits it is a “dream” to have joined the west Londoners. “I’m very happy to be here,” he continued.

“It’s a dream to be at a club like this, a club that is renowned around the world. I’ve never seen a club with such facilities, facilities so perfect to allow you to play at your best.”

Oscar sees himself as a playmaker and hopes to carve out opportunities for his team-mates this term. He added: “In Brazil there is a different type of football, but I think I am seen as an elegant type of ball player, who is creating for another people.

“I may need to change a little bit over here, but I see myself as that sort of a player who can hopefully make a difference to the team.”