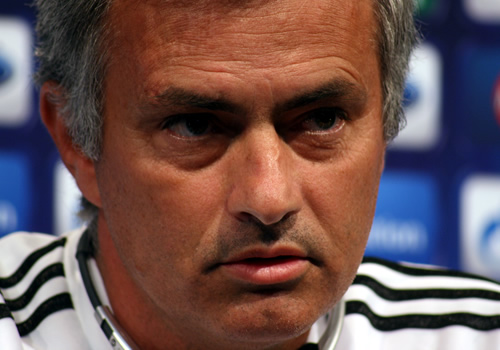 Chelsea have sacked Jose Mourinho just seven months after he led them to the Premier League title.

The news was confirmed by the west London club on Thursday afternoon after the speculation surrounding the Portuguese coach’s future intensified in the wake of Monday night’s 2-1 loss to Leicester City at the King Power Stadium.

All at Chelsea thank Jose for his immense contribution since he returned as manager in the summer of 2013.

His three league titles, FA Cup, Community Shield and three League Cup wins over two spells make him the most successful manager in our 110-year history. But both Jose and the board agreed results have not been good enough this season and believe it is in the best interests of both parties to go our separate ways.

The club wishes to make clear Jose leaves us on good terms and will always remain a much-loved, respected and significant figure at Chelsea. His legacy at Stamford Bridge and in England has long been guaranteed and he will always be warmly welcomed back to Stamford Bridge.

The club’s focus is now on ensuring our talented squad reaches its potential.

There will be no further comment until a new appointment is made.

Chelsea are in 16th place in the Premier League table and just a point above the relegation zone after the Blues lost nine of their opening 16 games to leave their top-flight title defence in tatters.

Despite their struggles in the Premier League, Chelsea qualified for the last 16 of the Champions League as winners of their group and will face Paris Saint-Germain in the first knockout round of Europe’s elite club competition.

Mourinho led Chelsea to a Premier League and League Cup double last season as the Blues finished eight points clear at the top of the table.

Pep Guardiola, Guus Hiddink, Brendan Rodgers and Juande Ramos have all already been touted as possible successors at Stamford Bridge.