The Juventus defender plays down talk of a move to Chelsea, insisting the reports about his future are 'gossip' 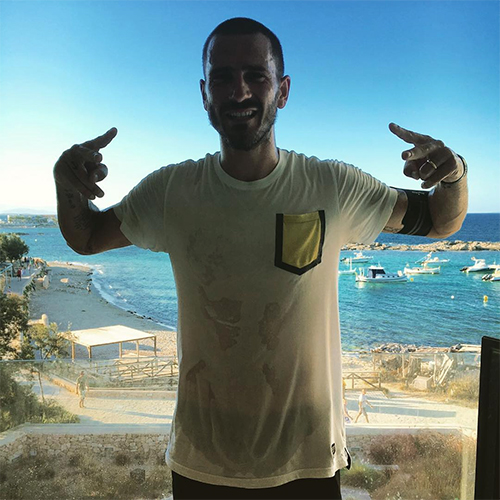 Leonardo Bonucci has branded talk of a move to Chelsea as “just gossip”.

The Italy international has been linked with a potential move to Premier League champions Chelsea in the summer transfer window.

Bonucci has been heavily linked with a move to the English capital in the summer as Antonio Conte looks to sign a long-term replacement for John Terry.

The 30-year-old moved to Juventus in 2011 when Conte was still in charge of the Serie A giants before going on to win three titles under the manager.

Bonucci has lost two Champions League finals since moving to Turin, including a 4-1 loss to La Liga giants Real Madrid in Cardiff earlier this month.

However, the Juventus star has now addressed the transfer speculation linking the defender with a move to Chelsea.

Asked about the reports suggesting his agent is in London to discuss a move to the Premier League champions, Bonucci said: “It’s just gossip from you.”

Chelsea won the Premier League title in their first season under Conte after the Italian replaced Guus Hiddink last summer.