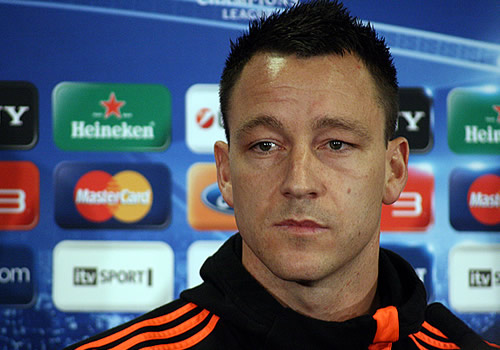 John Terry is hoping to extend his contract with Chelsea beyond the summer.

The 34-year-old centre-half’s current deal expires at the end of the season and the veteran defender is yet to be offered a new contract by the west London club.

I want to stay and hopefully my performances are showing that

However, the former England captain is not concerned about his future and is confident that the Blues will put a new deal on the table before the season is out.

“No talks have happened yet but the club know my position. Hopefully I know theirs and it will get done,” Terry is quoted as saying by ESPN.

“I think we both respect the position. There are a lot more important players to sort out. Eden Hazard has just signed a new contract and, for me, that’s the most important for the club.

“I want to stay and hopefully my performances are showing that, and they can keep me.”