Chelsea transfers: Jose Mourinho rules out the possibility of the Blues cashing in on Ramires in the January transfer window 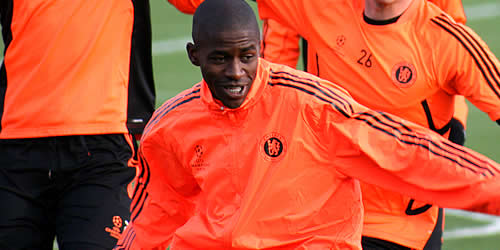 Jose Mourinho has ruled out the possibility of Chelsea cashing in on Ramires in the January transfer window.

Both Real Madrid and Barcelona have been linked with the 26-year-old Brazil international in recent weeks.

But Mourinho insists that the midfielder is not for sale at any price, even if the La Liga duo are genuinely interested in signing him.

“No price,” Mourinho said when questioned on the availability of Ramires.

He continued: “There is no price for Ramires in the market. The interest doesn’t annoy me but, on behalf of Chelsea, there’s no price for a club wanting to buy Ramires.

“If it’s true or not, it’s not important. There’s no price.”

Mourinho also suggested that Thibaut Courtois will also not be sold, despite reports linking the goalkeeper with a permanent move to Atletico Madrid.

“In this moment we are in a good situation,” he said. “I repeat that because we have the best goalkeeper in the world at a stable age.

“[Edwin] Van der Sar went from Fulham to [Manchester] United older than Petr and stayed there for a long time, so he is in the best age of his career. And Courtois is undoubtedly the best young goalkeeper in the world with two more years of contract. We are in control of the situation.