Chelsea transfers: Yossi Benayoun will ‘consider all offers’ in the summer

Chelsea transfers: Yossi Benayoun will consider all options before plotting his next move in the summer, according to the Israeli's agent 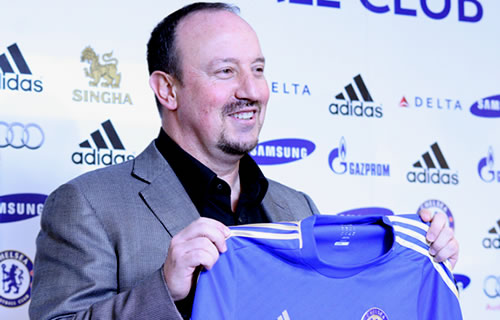 Yossi Benayoun will consider “all offers” in the summer as the Chelsea midfielder prepares to become a free agent, according to the Israeli’s representative Ronen Katsav.

The 32-year-old’s current Chelsea deal is set expire at the end of the season, with the Champions League winners unlikely to offer the former West Ham playmaker a new deal.

The Israel international has made a handful of substitute appearances for the west London side in recent weeks under his former Liverpool manager Rafael Benítez.

Benayoun has been linked with a possible move to Russia, but his agent says his client is keen to keep his options open until the end of the campaign before plotting his next move.

“Benayoun will be a free agent in the summer and there is bound to be an interest in such a good player,” Katsav told Izvestia.

“Yossi is focused on his job at Chelsea to adequately complete the current season.

“Before his contract ends, we will consider all offers.”

Benayoun scored 29 goals in 134 appearances for Liverpool before moving to Chelsea in 2010, with the Blues sending the midfielder on loan spells to Arsenal and West Ham in the past two seasons.