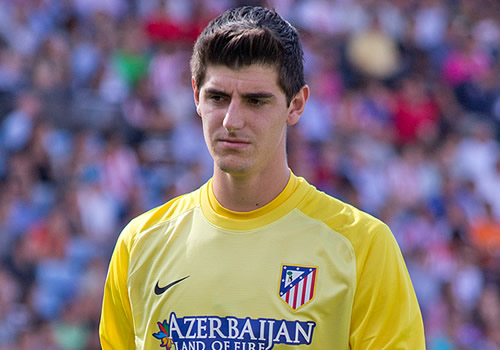 Thibaut Courtois says his Champions League final disappointment with Atletico Madrid has made the goalkeeper “really hungry” to win the competition with Chelsea this season.

The Belgium international was a key part of Diego Simeone’s side which reached the Champions League final in May before losing 4-1 after extra-time to bitter rivals Real Madrid.

If you lose once or twice and then you win it, I’m sure you appreciate all the hard work it takes to win it

Courtois has returned to Chelsea and usurped long-serving Petr Cech as Jose Mourinho’s number one goalkeeper, thanks to his consistent performances for los Rojiblancos.

And the 22-year-old shot-stopper vowed that he would really appreciate being crowned a Champions League winner, this season or in future seasons, after his final agony with Atletico.

“I think it has to feel really great if you lose a fain first and then come back to win it,” Courtois told Chelsea’s website. “I think you appreciate it more.”

Courtois added: “If you speak to the players who lost the 2008 final with Chelsea against Manchester United, who then stayed with the team and won it in 2012, I think they will tell you that it tastes better after that experience.

“I have a Belgian friend who played for Bayern Muncih [Daniel van Buyten] and he lost two finals before winning it for the first time, so I know it is tough.

“If you lose once or twice and then you win it, I’m sure you appreciate all the hard work it takes to win it. So I am really hungry to win this trophy with Chelsea.”

Chelsea 1 Schalke 1: Three talking points as the Blues are held