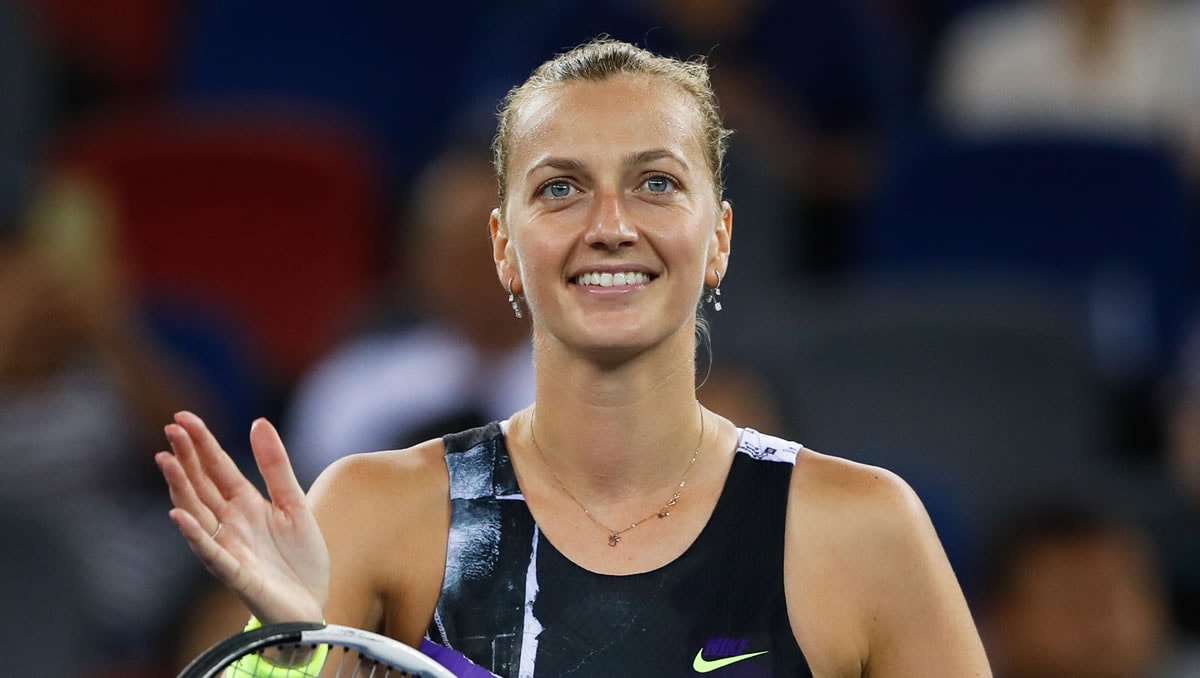 The China Open, played at the impressive National Tennis Centre built for the 2008 Olympics, is host to two big tournaments this week.

On the men’s side, seven top-12 players contest one of two ATP500 events—the other in Tokyo has just one top-12 player, the world No1 Novak Djokovic.

But the women’s draw, boasting a draw twice the size of the men’s competition—60 women will contest a purse of over $8 million—has the entire top 16 except for the injured No9 Serena Williams and No11 Johanna Konta.

Any absences at this stage of the year are certainly significant as the WTA tour counts down to its finales, the WTA Elite Trophy followed by the WTA Finals in Shenzhen. For after Beijing, there are only two more tournaments available for each player to pick up valuable points to qualify for those prestigious and lucrative events.

Which means that the points available in Beijing can make all the difference: This is, after all, one of only four Premier Mandatory tournaments in the calendar, the last of this elite tier, and it offers 1,000 points to the champion, 650 for the runner-up—the latter representing almost exactly the points separating Nos 5 to 10 in the Race to Shenzhen.

And already, four women have guaranteed their places among the top eight.

World No1 Ashleigh Barty, who won her maiden Major title at the French Open, confirmed her debut singles appearance after the US Open.

Karolina Pliskova sealed her place at the start of the Asian swing, after winning her tour-leading fourth WTA title of 2019 at the Zhengzhou Open.

And as the China Open got underway this week, Simona Halep and Bianca Andreescu took their places as third and fourth in the Race.

Halep has qualified for the sixth straight year—though 2019 will be her fifth appearance after injury forced her out of the last playing of the WTA Finals in Singapore. But the resilient and consistent Halep has enjoyed another fine season, topped by victory at Wimbledon.

She said of qualification:

“It is such an honour to qualify for the Shiseido WTA Finals Shenzhen. It is always a goal of mine each season to qualify… I have been to Shenzhen before, so I’m looking forward to being back in front of the great fans there.”

Still only 19 years old, the exciting Canadian Andreescu will debut at the WTA Finals after winning her first three titles from her first four finals this year—and not just any titles. She won Indian Wells, then Toronto, and capped a superb 2019 with the US Open.

From a rank of 178 at the end of 2018, she now stands at No5, despite playing only one match between Miami in March and Toronto in August—she pulled out of the French Open after Round 1 with a persistent shoulder injury.

What is more, in her first tournament back after her New York victory, Andreescu is still in contention for more points after reaching the third round in Beijing.

Of her achievements thus far, she said:

“This has been an incredible year for me and I’m really looking forward to ending the season at the WTA Finals. I’ve always dreamt of competing at the Finals and I’m so proud of all the work my team and I put in to get to this point.”

So who is looking good to fill those remaining four places?

Three who are currently in the frame, and still stacking up points in Beijing, are Petra Kvitova, Naomi Osaka, and Elina Svitolina, who sandwich the absent Williams in rankings No4 to No8.

Leading the charge is Kvitova, into the quarter-finals with a win over No9 in the Race, Belinda Bencic. But the top half of the draw is becoming a battle-ground for hopefuls. The popular Czech could next meet Barty, while the semis could bring either Svitolina, Sofia Kenin, or Kiki Bertens.

Bencic’s chances are not over, although Bertens is close behind the young Swiss and can overtake her in the Race if she makes the semi-finals. The No8 ranked Dutch player, who has already won the Premier Mandatory title in Madrid this year, took a step closer with a hard-fought two-hour, 18-minute, three-set win over Polona Hercog to reach the quarters. She will now face fellow Race hopeful Svitolina or No12 in the Race, Kenin.

Osaka is hot on the heels of Kvitova, but could face the in-form Alison Riske, the runner-up in Wuhan last week, or Andreescu, in what would be an eagerly anticipated first meeting between two of this year’s young Major champions.

Both women are enjoying winning runs, with Andreescu unbeaten through Toronto and New York, and Osaka winning her home tournament in Osaka last week.

The Japanese star was a semi-finalist in Beijing last year, and could seal her place in Shenzhen with another deep run this week. She said:

“I would really want to make the Finals. I kind of organised the next month of my schedule based around it. Definitely that’s my goal. But at the same time, I don’t want to think too much into the future… I just have to focus on the people I’m playing at this tournament.”

And for those who fall just short of Shenzhen, there is first Zhuhai, where the next 12 in line play at one of the most glamorous venues on the women’s calendar.

The Zhuhai field comprises the top 11 players who do not qualify for Shenzhen, plus one wildcard.

The top contenders may yet reach the WTA Finals, but those currently in the top 20 are all in with a chance—and it is well worth noting that the winner in Zhuhai last year was current No1 Barty. So a spur to victory, as is the purse of $2.4 million.

Current standings in Race to Shenzhen

Wuhan Open 2019: Aryna Sabalenka makes it two titles in a row with win over Riske