Thiem says of Tsitsipas rivalry: “I hope we have a lot more finals” 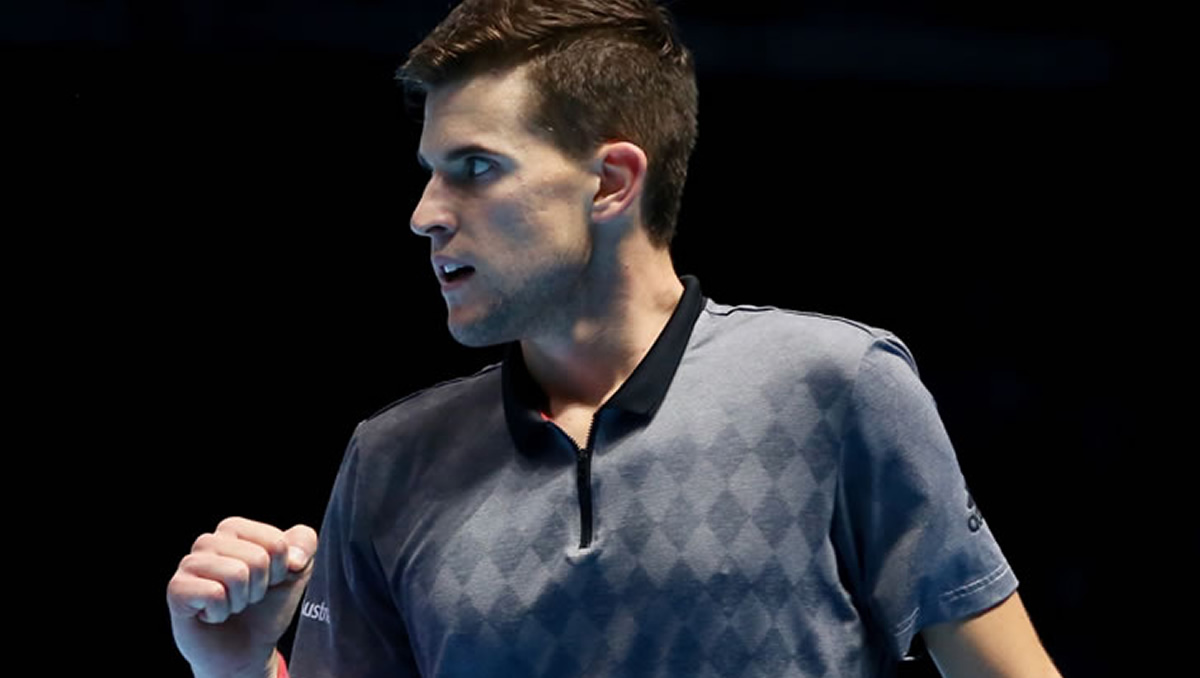 The world No5 Dominic Thiem has been one of the most consistent performers since he burst into the top 20 as a 21-year-old in 2015. From No49 in May that year, the quietly-spoken young Austrian rose to No19 by November, with three titles to his name.

In 2016, Thiem won four titles, and qualified for the ATP Finals for the first time—age 22. And he has gone on this year to reach two French Open finals, thwarted like many before him by Rafael Nadal, and to win Indian Wells. And in making the Beijing final this week, he has qualified for a fourth time for the O2, and notched up some very significant wins: Roger Federer in Indian Wells and Madrid, Nadal in Barcelona, Novak Djokovic at Roland Garros.

After a dip during the US Open series with a debilitating virus, his new coaching partnership with Nicolas Massu continued to bear fruit as Thiem strode through a tough draw—Richard Gasquet, Andy Murray, Karen Khachanov—to reach his first ever Asian final. He was playing creative, increasingly aggressive tennis, but in his final opponent, he took on one of the most expressive and attacking players among the new generation of stars.

Stefanos Tsitsipas, a former junior No1 and still only 21 years old, made an impact from the first. By the age of 19, he had qualified for the main draws of both Wimbledon and the French Open, and reached his first main-tour semi-final in Antwerp.

He started last year ranked 91, and before his 20th birthday in August, had reached the final in Barcelona and the fourth round of Wimbledon. On his birthday in Canada, he played his first Masters final, and by the end of the year, he had two titles and a ranking of 15.

By his 21st birthday this year, he had beaten Federer to reach the semis of the Australian Open, won Marseille and Estoril, made the finals in Dubai, and beaten Nadal en route to the Madrid final. By his birthday, he had broken the top five.

The effort and the expectation surely began to tell: He suffered three straight first-round losses in North America, but come Beijing, the Greek was full of fight and energy again, and targeting his first ATP Finals less than year after winning the #NextGen final.

So here was a young player more than matching the achievements of the 26-year-old Thiem at the same age, and already he had won two of their five meetings. This would be their first match this year, and delivered on all its promise.

Two aggressive, single-handed baseliners, both with huge power and flair, would have to find the right balance between attack and control, between baseline and forward plays.

Tsitsipas was immediately 0-40 down in the first game of the match, via a combination of aggressive strikes from Thiem at the back of the court and a couple of over-enthusiastic errors from the Greek.

He had failed to find the right balance in the opening points, but then Thiem faced a similar challenge, over-striking errors from the back of the court, and then double faulting to concede the break back.

Who would settle first?

Both held their next games, both with some bold net charges, 2-2, and both opened their shoulders with some explosive baseline exchanges as each tried to impose themselves on the other. Thiem tried a drop shot, a lob, some resilient defence, but Tsitsipas went after his shots to hold—they were already breathing heavily, drenched with sweat.

The young Greek had to dig deep to hold the seventh game, as he parried with Thiem through crowd-pleasing exchanges. He survived, now playing with great focus and intensity, and it carried through to the next game to earn two break chances.

But Thiem did not divert from his plan, attacked the net, levelled with a touch drop and then a touch lob, and called on the crowd for some appreciation—a rarity from the Austrian. But he could not resist another break point: Tsitsipas ghosted to the net to finish, 5-3.

Thiem was not about to back of—now a backhand pass, now one dropped short, and had a break point, but it was blanked by an ace. A backhand volley winner from Tstisipas, and a forehand winner, and the set was his, 6-3.

The Austrian settled the nerves in the second with an opening love hold, but Tsitsipas was up to the test, also holding to love with a fine stop volley. Thiem had to match the all-court power of his opponent, but he was beaten again by the Greek in the third. However, he broke straight back, then had to fend off two break points in the fifth.

The level of play from both men was exceptional, as they fired to the extreme dimensions of the court, came to the net for touch volleys and overheads, and tried to out-think the other’s tactics.

Tsitsipas broke out four serve-and-volley winners, and fought off a clutch of break points to hold for 4-4, and Thiem was forced to find top-notch volleys and backhands to save break point and hold. And now he adjusted the balance in his tactics, fired bullets from behind the baseline, and got his reward, a break and the set, 6-4, with his 19th winner of the set.

Both men were wound up to their highest pitch, roaring themselves to greater effort as break points came and went in the first game of the decider. Tsitsipas faced 0-40 in the second, held back from the net to steady the ship, but facing another break point, he made a serve and volley error, and Thiem took the lead for the first time since the first game of the match, 2-0.

Thiem continued to pound the corners from the baseline, and raced and chased to the extremities to undermine the Greek, and broke again, 4-0. Tsitsipas would get just one more game, as Thiem hammered the ball through the court to hold, 6-1, for his first title in Asia.

The long and warm embrace between the two spoke of how close and demanding the battle had been, and of the quality of their tennis. It also spoke of an eagerness for more of the same in the future. Sure enough, Thiem said:

“I think it was one of the best matches I played in my whole career… Stefanos played amazing and I hope we have a lot more finals. Last year we had a great rivalry going on, and I hope for many more.”

He is not the only one: For two hours, this had been one of the best matches of the year. More, please—perhaps in London at the ATP Finals, where Tsitsipas is surely headed.