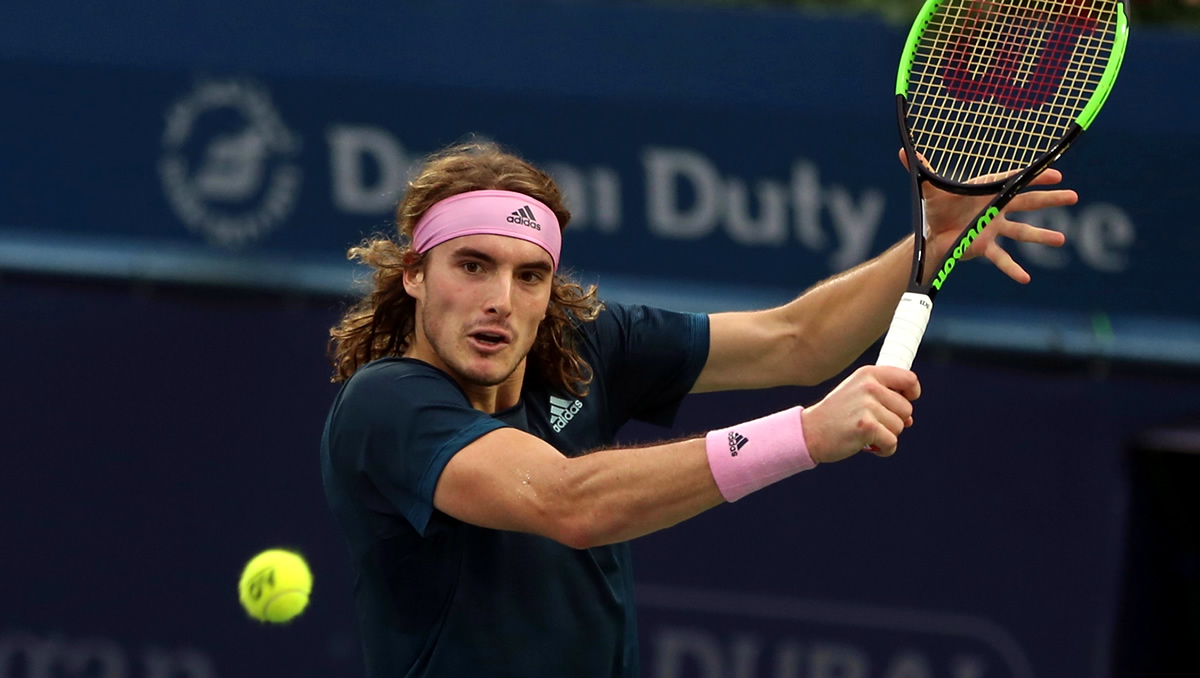 For the first time in the China Open’s history, the top four seeds were into the semi-finals. What is more, Dominic Thiem, Alexander Zverev, Stefanos Tsitsipas and Karen Khachanov were clustered between five and nine in the rankings, clustered in age from Thiem’s 26 to Tsitsipas’ 21, with three of them were already sitting within the top-eight qualifying area for the ATP Finals.

Only Khachanov trailed the quartet at around No17, but the title in Beijing would sort that out: He too would break the qualification barrier.

Of course, there is still time and enough points available at the Shanghai and Paris Masters to make substantial changes to the order of things. But if Thiem beat Khachanov to reach the final, he would become the fifth man to confirm his place in London next month.

And he did just that, in a third meeting between the two men. Khachanov overpowered the Austrian, who looked uncharacteristically sluggish after his draining battle against Andy Murray the day before. The big Russian took the opener, 6-2, with aggressive play, breaking three times. Indeed, Khachanov went on serve for the match after breaking in the second set, 5-3 up.

However, the formidable Thiem found his energy and speed to break back and upped the aggression to take the tie-break, 7-6(5).

The two men traded early breaks in the deciding set, but Thiem avoided another tie-break with a last-gasp break of serve, 7-5, after two and three-quarter hours.

Of the win, he said:

“I’m really proud that I was fighting like crazy throughout the whole match because Karen was playing exceptionally well today. Quality-wise it was the best of our three matches so far.”

That the win takes him into his fourth consecutive ATP Finals was also cause for celebration:

“[Qualifying for London] was one big goal when I started the season. I’m very, very happy that I made it again… It’s a big honour for me to be again a part of that big event in London. It also shows that I played another very good and consistent season. I’m looking forward a lot to it.”

But who would Thiem meet in the Beijing title match?

The contest between 22-year-old Zverev and 21-year-old Tsitsipas was eagerly anticipated: These two tall, charismatic young players promise to be part of one the great rivalries in the coming few years, with the younger Greek already 2-1 up in their head-to-head.

However, both those Tsitsipas wins had gone to three sets, and Zverev’s form, after a dip in the middle of this season due to personal and management problems, was starting to recover. The two had sat alongside one another at the Laver Cup in Geneva not a fortnight ago, but now these young guns were seeking a competitive edge early in their rivalry.

And with one hour on the clock, the first set was deep into a tie-break through a seesawing drama that had it all.

There was an early exchange of breaks—and a smashed racket from Zverev. There was a late exchange of breaks, this time with Tsitsipas, serving for the set, unable to contain his emotions and getting an ‘unsportsmanlike conduct’ warning to add to his woes.

The lead swapped hands several times in the tie-break, too, from Tsitsipas to Zverev, back to Tsitispas, who sealed it, 7-6(5), courtesy of an 18th error from the German—though Zverev had made twice as many winners as his opponent.

He had also charged the net more often, in a striking attempt to take the initiative with some aggressive play. But he was burned too often—as in that last point of the set.

And the pattern continued into the second set, with Zverev battling to hold, but Tsitsipas ripping through the German’s first service game with passes and lobs to break for 2-1. It got no better for Zverev, as Tsitsipas upped his intensity, came to the net himself, served big, broke again for 4-1.

The Greek, then, with a 5-1 lead, looked in total command. But he would have to wait a while longer, as Zverev stared down the barrel of the gun, held, and then broke for 5-3.

Another hold and it was 5-4, and he saved first one, then two more match-points before the Greek worked another chance after almost two hours on court. This time, a big serve did its job to draw a long return from Zverev, and Tsitsipas was into the final, having notched up 18 points won at the net.

For Zverev, there were too many errors, and perhaps too little flexibility in his tactics. He determined to take on the attacking role, but ended the match with just 12 points won from 26 net plays—and 32 errors.

But both men are close to London qualification too, though there are many in the chasing pack who will be after those big Masters points in coming few weeks.