‘Chris Hughton is the right man for Norwich City’ 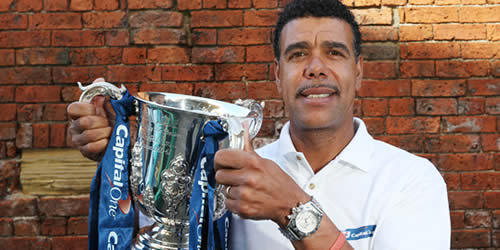 Chris Kamara believes Chris Hughton is the right man for the Norwich job – but admits he needs to discover his winning touch fast or risk a Canaries backlash.

On paper, the visit of Doncaster to Carrow Road for the Capital One Cup third round next Wednesday should be the opportunity for Hughton’s starting XI to put their feet up and enjoy an evening off.

However, after a winless start to the new Premier League season, suddenly the visit of League One Rovers looks like a potential banana skin rather than a stress-free passage to the fourth round.

Kamara is adamant Hughton is the right man for the job and so is in no mood to talk of crisis at Carrow Road.

But, while the Premier League is obviously top of the priority list, the 54-year-old believes the opportunity to kick-start a winning run against Doncaster would be wasted at Hughton’s peril.

“Even though Norwich are playing well at the minute they are not winning games and that is obviously the main priority for Chris and for the club,” said Kamara.

“Chris will need to make sure that everyone is focused for the game against Doncaster because that is an important game for the club given the way the season has gone so far.

“Given what has happened there won’t even be a chance for Chris to think that he could rest any players in the game against Doncaster.

“In many ways he might not want to anyway because, when you have a start like they have, the most important thing you can do is to try and get some wins and build some momentum.

“If Norwich are going to stay in the Premier League this year Carrow Road is going to need to be a place where they can pick up plenty of points and so a win against Doncaster would get them started on that.”

Avoiding the banana skin that is Doncaster would leave the Canaries – despite their off-colour start – seemingly well-placed for a tilt at lifting the Capital One Cup.

In the past the competition has been derided and not treated as a priority by the top teams.

However, Kamara believes those attitudes have changed in recent seasons and as such if Norwich were to go all the way then they’ll have to do it the hard way.

“The attitude to the cup from clubs has changed and you see every team in the Premier League, minus the top four, playing their best players and wanting to win it because they know how important trophies can be,” added Kamara.

“Norwich will be no different and will no doubt be going out to try and win the Capital One Cup but it is a tough prospect now with so many good sides in the competition looking to put out their best team. Arsenal, Liverpool and Birmingham have shown that in the last two seasons.”

Chris Kamara is helping fans who may witness a giant killing in the Capital One Cup with an exclusive light-hearted video guide to treating the effects of shock. To view the video visit www.facebook.com/capitaloneuk

Blackburn Rovers and Blackpool rise to the top of the Championship