After reaching his third title of 2021, Cam Norrie up to career-high 34 in time for Wimbledon seedings 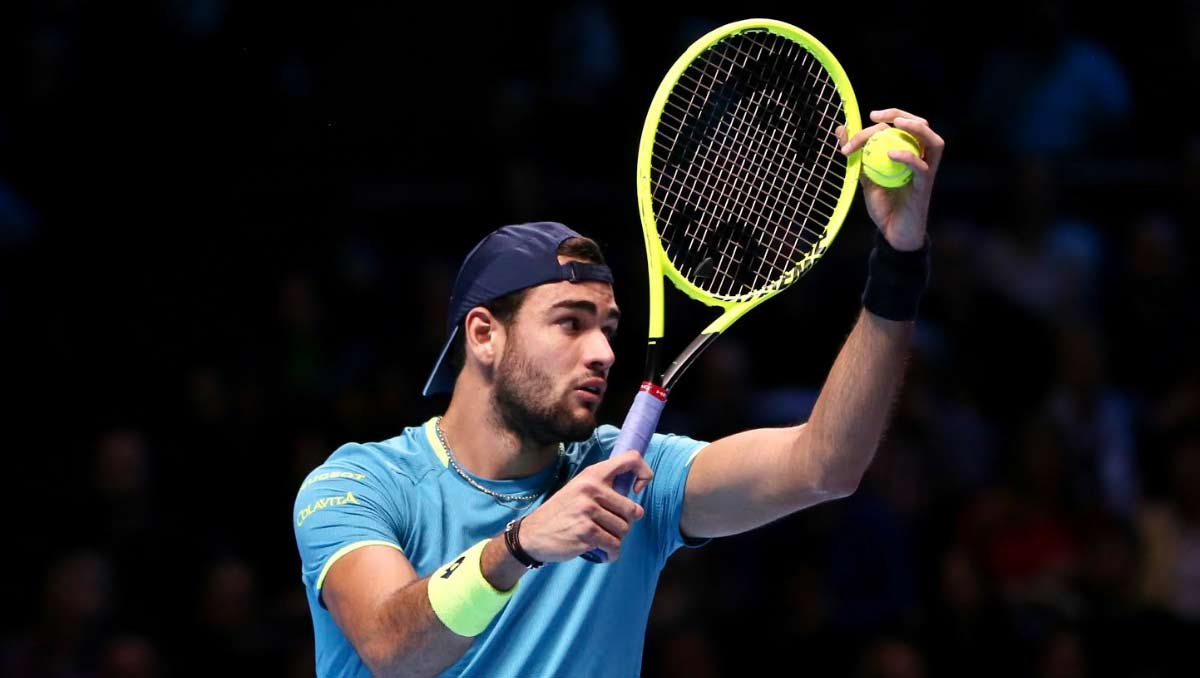 They are big boots to fill: Andy Murray, former world No1, and multiple Wimbledon and Olympic champion, has lifted the huge Queen’s trophy five times. That is more often than the likes of John McEnroe, Boris Becker and Lleyton Hewitt, each of whom won four times.

However, two different British men would this year make the Wimbledon seeding cut next week, while Murray this time entered the tournament with a wild card following extended periods away from competition since major hip surgery in early 2019.

Dan Evans rose to a career-high 25 in the ranks after arguably his best ever start to a season: a career first title in Melbourne, a first Masters semi-final in Monte-Carlo, and his first match-wins at Queen’s Club since 2014: He made the quarters this year before falling to top seed Matteo Berrettini—as Murray had done in the previous round.

Now, though, it was the turn of the other Briton making waves this year to try his luck against the big Italian—and this time competing for the prestigious Queen’s title itself.

Cameron Norrie was also playing at his personal high ranking of 41, but so good was his form, and so many his match-wins, that he would enter next week at a new high of at least 34.

Indeed the 25-year-old Norrie was perhaps the best British performer so far this year. He arrived in London with final runs in Lyon and Estoril, plus semis in Delray Beach, and quarters in Barcelona and Acapulco.

He trailed only Stefanos Tsitsipas and Andrey Rublev in match-wins, up to 29, and now boasted 15 wins over higher-ranked opponents, including three this week over No38 Albert Ramos-Vinolas, No24 Aslan Karatsev and No14 Denis Shapovalov. But he now needed the second-biggest win of his career after No4 Dominic Thiem in Lyon.

Should he win, not only would Norrie break into the top 30, he would become just the second Briton after Murray to win the Queen’s trophy since World War 2. And as if the super-fit, super-dedicated Norrie had not proved his worth already in the heart of Kensington, he was also competing for the doubles title. And he would have to do that in the hardest imaginable way: concluding his semi-final after the singles final with partner Alex de Minaur, and from a set down, then playing the final almost immediately afterwards should they win.

But of course, first and foremost, he had to prepare for the big, and big-hitting, challenge of Berrettini, whose own season had shaped up well, too: title in Belgrade, final of the ATP Cup and the Madrid Masters, quarters at Roland Garros.

He also had grass title under his belt from pre-Covid times, in Stuttgart. He had certainly impressed this week, too: Not a set dropped, and demonstrating plenty of variety on a grass court on top of his formidable serving and forehand power.

Norrie began with a love hold of serve, and showed early on that he was prepared to defend to the extremes of the court against the huge serving power of Berrettini. But it was the Norrie serve that let him down in the fifth game, double faulting on break point to go 3-2 down.

Now the Italian serve was warming up, with some 137mph aces to consolidate the hold, and he went on to serve out the set, 6-4.

In the second set, both men’s serving was spot on: Neither man dropped a point on serve up to 3-3. But it looked like curtains for Norrie at 4-4 when he faced two more break points. However, the Briton rose to the challenge with four points on the bounce. His problem, though, was trying to get a break against the Italian, and should he fail to do that, to hold his own in a tie-break.

In the event, some high-quality rallies edged them towards that 6-6 mark, and there, Norrie at last managed to open an advantage as Berrettini made a couple of errors. The Briton held both serves for three set points, 6-3, and did not blink after Berrettini closed to 6-5, serving it out, 7-6(5).

It was the first set that the Italian had dropped in the tournament so far, but he had still to face a break point in this match—and he would not do so in the third set either. Norrie fended off break points in the sixth game with some bold play, and taking on a winning smash, but he could only look on as Berrettini threw in another love hold—he would produce four of them in this final set.

Come Norrie’s next serve, and a double fault opened up deuce. An Italian forehand winner, and it was break point, converted for the decisive lead, 5-3, to Berrettini. Ace No19 brought up three match points, and it was the work of moments to seal the deal, the Italian’s first ATP500 title, 6-3.

It was, naturally, a disappointment for the home fans, though London has certainly taken the charming Italian to its heart. And he was very complimentary about Norrie’s tennis—rightly so.

“He’s a great player. We never played each other and I think this year he’s shown how he can play on all surfaces. He’s made finals, he’s playing great tennis… I’m sure he’s going to lift a title really soon.”

Berrettini went on to talk of his emotions during the tournament—after beaming at the huge trophy:

“Sorry for the others but this is the nicest trophy I’ve won! I was dreaming about playing this tournament. I was watching [it] when I was a kid and now I had the chance to lift the trophy, so it’s a dream come true.”

Norrie did not make it through to the doubles final, but he was nevertheless happy with his performance this week, and especially about the rise in is ranking.

“It was a great week, I really enjoyed my tennis. Thank you to everyone for coming out today and supporting. It’s obviously great to have tennis back in the UK, in London and on the grass courts. I really enjoyed it all…

“It’s very special to be seeded at Wimbledon. It’s all thanks to my team. We’re disappointed not to get the title today but hopefully there are more chances to come.”

Earlier in the afternoon, Briton Gordon Reid took the wheelchair title with a 6-2, 6-2 win over Gustavo Fernandez.

At the Noventi Open in Halle, Ugo Humbert beat world No7 Andrey Rublev 6-3, 7-6 (4) to win the Halle trophy. The 31-ranked Frenchman, age 22, won titles in Antwerp and Auckland last year, but Halle is his first 500-level, and he will rise to a new high of 25 tomorrow.