Cincinnati Masters 2014: British number one Andy Murray is knocked out of the Western & Southern Open by Roger Federer 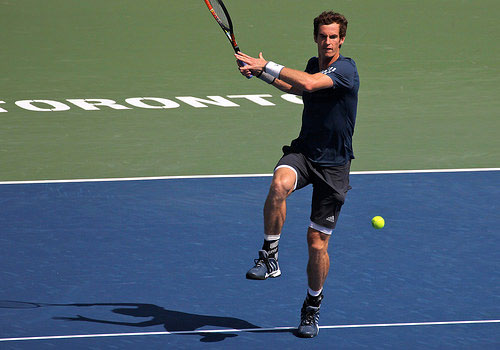 Andy Murray admitted he blew his chance of a quarter-final comeback after Roger Federer eased into the Western & Southern Open last four courtesy of a straight sets win.

The five-time Cincinnati Masters champion eased to the first set, capitalising on Murray’s struggling serve to edge 6-3 ahead in the 22nd meeting between the multiple Major winners.

However, the Scot fought back and held a 4-1 lead before the Swiss broke Murray twice and went on to set up a semi-final against Milos Ranoic.

“I started the match off pretty slow tonight,” said Murray.

“[Federer] came out quick. Then I had a couple break points in back-to-back games to get into it in the first set. I didn’t get either of them.
“Then obviously was well up in the second and blew it. It’s a shame.”

Federer added that he felt like he stole the second set away from Murray after a brief resurgence from the two-time Major winner.

“In the second set, I lost a little bit of the rhythm,” Federer is quoted as saying by ESPN.

“From the baseline, [Murray] was hitting the ball well – harder and deeper… I snuck in a quick break, and next thing you know, I’m back. I feel like I stole that second set.”